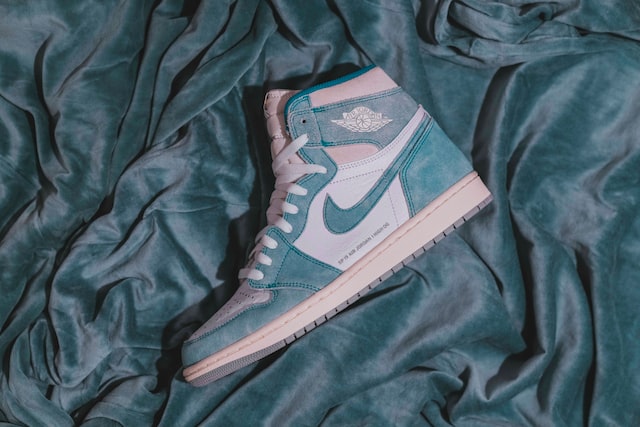 Photo by Nelson Ndongala on Unsplash

If you’re a sneakerhead like us and want to know which Nike Dunks are the best, you’ve come to the right spot. We’ve compiled a list of some of our favorite Dunks based on price, style, and functionality to help you make a more informed decision about which Nikes to buy as part of your next shoe purchase.

For the last 35 years, the design has been considered one of the best basketball shoes on the market, but there are now almost too many amazing Dunk iterations to choose from.

We’ve chosen to focus on some of the most recently released shoes on our list in order to help us narrow down our choice to some of the more cheap hues.

These „Racer Blue“ low-tops are one of the best Nike Dunk releases in recent memory, as seen by their enormous popularity among sneakerheads. We like their design since it basically follows the original color-blocking scheme from 1985.

The simple two-tone appearance of the „Racer Blue“ Dunk earns them a spot on our list.

To honor the 75th anniversary of Jackie Robinson’s MLB debut, Nike developed these magnificent „Jackie Robinson“ Dunk Lows. From head to toe, they are covered in subtle decorations honoring a legendary and ground-breaking baseball career. Jackie Robinson was the first African American to play baseball in the major leagues in the 20th century. His professional success later aided black sportsmen in breaking down racial barriers in the sport.

Given the plethora of historical precedence, we think Nike did a terrific job with the design of these sneakers. They are available, for instance, in the Dodgers‘ colors, which have inspired some of the best baseball cleats throughout the years. Throughout his MLB career, which included winning championships, Robinson was a member of the Dodgers. Also included in The „Lows“ is Jackie Robinson’s famous quote, „I’m not bothered about your loving or hating me. All I ask is for you to appreciate me as a person. This, in our perspective, is just another reason why these Dunks should be on our list.

We acknowledge that many individuals still like high tops even though Dunk Lows are still a popular favorite. So, if you’re looking for high tops, these „Panda“ Dunks could be the answer. Due to their straightforward black-and-white color scheme, they are quite versatile and easy to combine with any outfit. If you want to wear them on the court, their high collars will likely provide you with a little more support around your ankles.

The red Nike emblem on the tongues adds a tiny bit of color despite the fact that the sneakers are predominantly provided in black and white. We believe that giving these sneakers this advantage would help them stand out from the crowd.

Skateboarding is the main market for Nike SB, a branch of Nike that produces footwear, clothing, and other accessories. This specific pair of „Sour Apple“ Dunks serves as a great example of Nike’s SB variations since it blends the traditional Dunk Low silhouette with unexpected materials like suede and leather.

On the inside face of the tongues, which has an apple mascot in a cartoonish fashion to contribute to the design’s humorous atmosphere, there is a clear allusion to the fruit in the shoes.

The collaboration between Nike and Union LA dates back many years, and it has resulted in a variety of Dunk and Jordan 1 sneakers. We are especially fans of these „Argon“ Lows since they feature a design that distinguishes them from all other Dunks we have ever seen.

The uppers are made of tonal blue leather and are coated in tear-away, semi-transparent ripstop nylon. The shoes are a great addition to your shoe collection because they also include exposed orange stitching along the lateral edges that matches the Union LA emblem.

„I Got Next“ Dunk High by Nike

The name of the „I Got Next“ Dunks, which is a spin on a phrase usually uttered by basketball teams while they wait to play their next game, pays tribute to street basketball. But what we love most about these high-tops is their predominately light blue color scheme, which evokes a beautiful blue sky and some of the best summer footwear on the market.

Because of their unusual color scheme and high-top collars, we believe these sneakers are some of the best Nike Dunks to add to your summer rotation.

Because of the way the „Teal Zeal“ Lows combine vibrant and pastel colors, they appear to be among the greatest women’s Dunks now available. The tongue tabs and deeper yellow outsoles of the shoes contrast with the leather paneling, which is primarily white and teal. By resting on top of the standard white midsoles, the unique low-tops are completed in classic Dunk fashion.