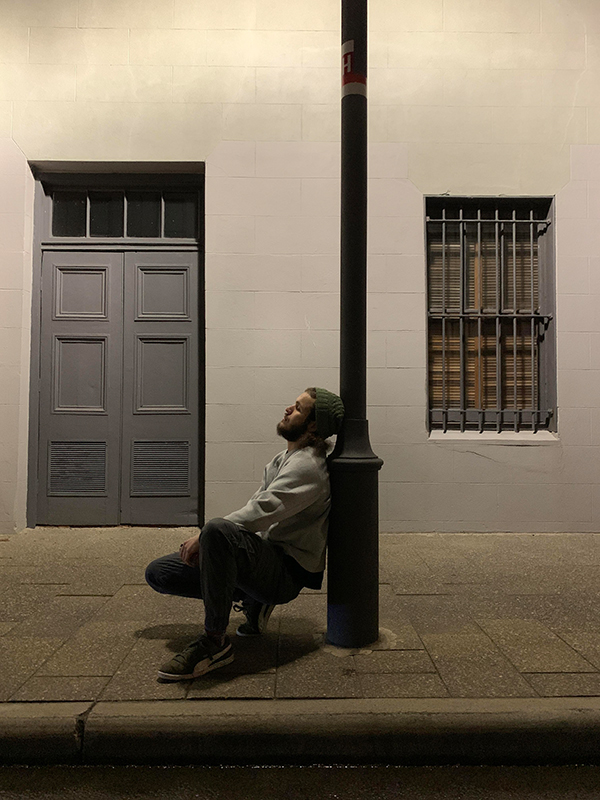 All these singles I’m releasing are a part of my next album, called ‚Dangerous Information: Vol 1‘. With the release of DA (Diablas Addictions), this marks the start of the 2nd batch of singles. The 1st batch started back in June & ended in August. With each batch, I try to release 3 singles. I already have the 2nd single ready for release, hopefully on December 15th. So you should be on the lookout for that as well.

Once I’m done with the 2nd Batch, I will be putting all my focus on finishing the rest of the album & have it up some time around March of next year.  As for live shows, I’m still uncertain on what to do.

– I’m an extreme perfectionist & can be slow at times.

– I’m open to all ideas, concepts & sounds, but beware as I can be quite critical.
– I look for any opportunity for collaborative work, but I dislike being impeded when I hit my stride.
– I’m a quiet personality (with moments of liveliness). I really enjoy when people understand that, & continue working at pace, knowing fully that I’m still keeping up with them, while I’m at this introverted phase.

– I got ADHD. I think it’s best to be aware of that before working with me haha

I started noticing that this generation is willingly choosing to do things that would cause them hurt in the future.

They drink, then complain about the hangover.
They do drugs & complain how it has led them astray.
They hangout with people that would take them to poor places rather than the ones who elevate them.
They reject the guy or girl that can give the love they need for the love they want.
I noticed how the ego is starting to play a bigger role in our decisions than our mind or heart;
How we’re the biggest & the baddest dude in town because we do the things that hurt us & keep going;
We drink & do drugs willingly & keep going;
How we go to the worst places & not be scared;

How we reject the healthiest friendships & relationships because our ego desires the people who don’t want us.

We listen to the music at the club, but won’t listen to legends whose music is just as bouncy, but with far better messages.

On the other hand, it’s an indictment on those who are in a better place in their lives & demeaning those who are still finding themselves.

Causing a horrible Cause-And-Effect loop where those „Rebellious“ people are just rebelling & making poor decisions in order to stick it to the „Healthy“ people who didn’t appreciate them as such.

The Devil’s complex; Remember.. Satan was ascended to the level of an Angel by Allah. As a demon, made of fire, that is no small feat.

Being diagnosed with ADHD, means I have a plethora of ‚Talents‘ haha. However, I’ll leave it to the skill that I’ll study for in College next year, & that is Electrical Engineering.

Nerve-racking & exciting. I’ve only been open mics so far, so I’m still a bit new to it.

While I do produce some of my records, I’m in no way a composer. I’m pretty good at finding sounds & mixing them in such a way that is uniquely my own; The instrumental for DA, for instance, was produced by German producer TellingBeatzz. I had no hand in creating it, I did all the post production though. This is a creative & business choice I made for my upcoming album; I want all the records to have instrumentals produced by producers that I either met or found online or out on the streets. My way of showing respect to the side of the artform. Lyrics however.. Well nobody can touch me on that. I cracked a code with writing bars; Understanding how syllables work & how to make flow from it.

I’ve hit a level so high at such an early stage of my career, I can’t help but feel a little proud.

How come you’re always alone? Do you dislike company? Not at all, I’m someone who really plays his position & enjoys being needed.