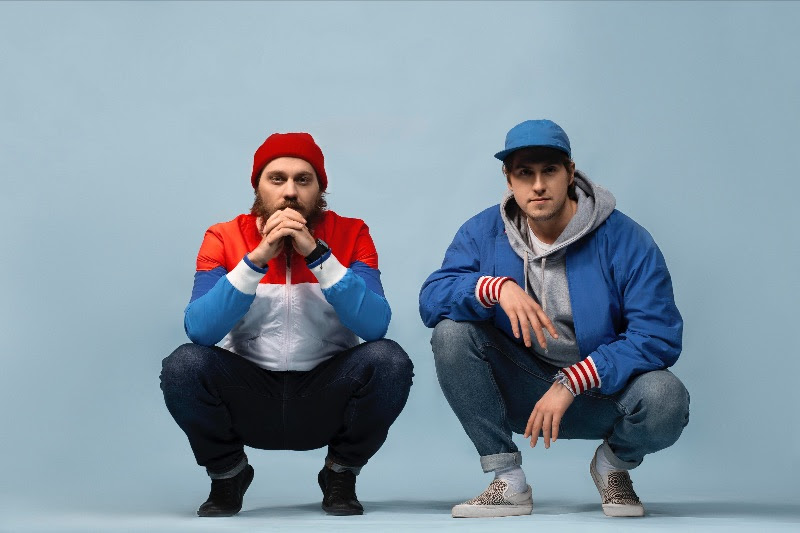 I’m feeling this is a glass of red wine type of record!

We just released a new album this month which we’re really excited about called “You’re not a bad person, its just a Bad World”. It has 4 fully animated music videos and touches on themes we’ve probably all been struggling with since the pandemic. We are leaving for a full US tour starting Sept 7th in Seattle. 32 shows across America, our biggest tour to date! Going to be a wild ride.

Street style but a little eccentric.

5. We live in times of many conspiracy theories. Which, harmless, theory would you wish were true? (For example Dinos living inside Earth or E.T. living in a home in California)

That aliens are living with us on Earth!!

Getting rid of pre-saves. I just hate the pre-save culture. Every artist, even the largest in the world, are begging fans to pre-save to try and manipulate an algorithm in their favor. I just think this whole new movement in marketing music for pre-saves sucks. We do it too, so i don’t want to be a hypocrite, its the game you gotta play. Just don’t like it and i don’t think fans do either. When’s the last time you actually pre-saved a song because you genuinely wanted to and not because your favourite band guilted you into it?

We like to tackle tough subject matter. Mental health, corruption, politics, love, current events. We don’t really shy away from any topics. We always try and have depth in our lyrics and music and i think that’s what Rare Americans fans really connect with. We also have become known as “story tellers” as we always try and take real life examples and discuss important topics through the power of storytelling, not us just preaching.

Why did you get into music?

I grew up listening to great music, thanks to my parents. They liked Bob Dylan, Joni Mitchell, Tom Waits, The Beatles. While they didn’t play music, they exposed me and my bro’s to great lyricists who had something to say. I think that always stuck with me and I liked writing ever since I was a kid. When i was playing in the WHL (hockey) I bought a guitar and pretty quickly wrote a song. From there, it was like a drug I couldn’t get enough of.