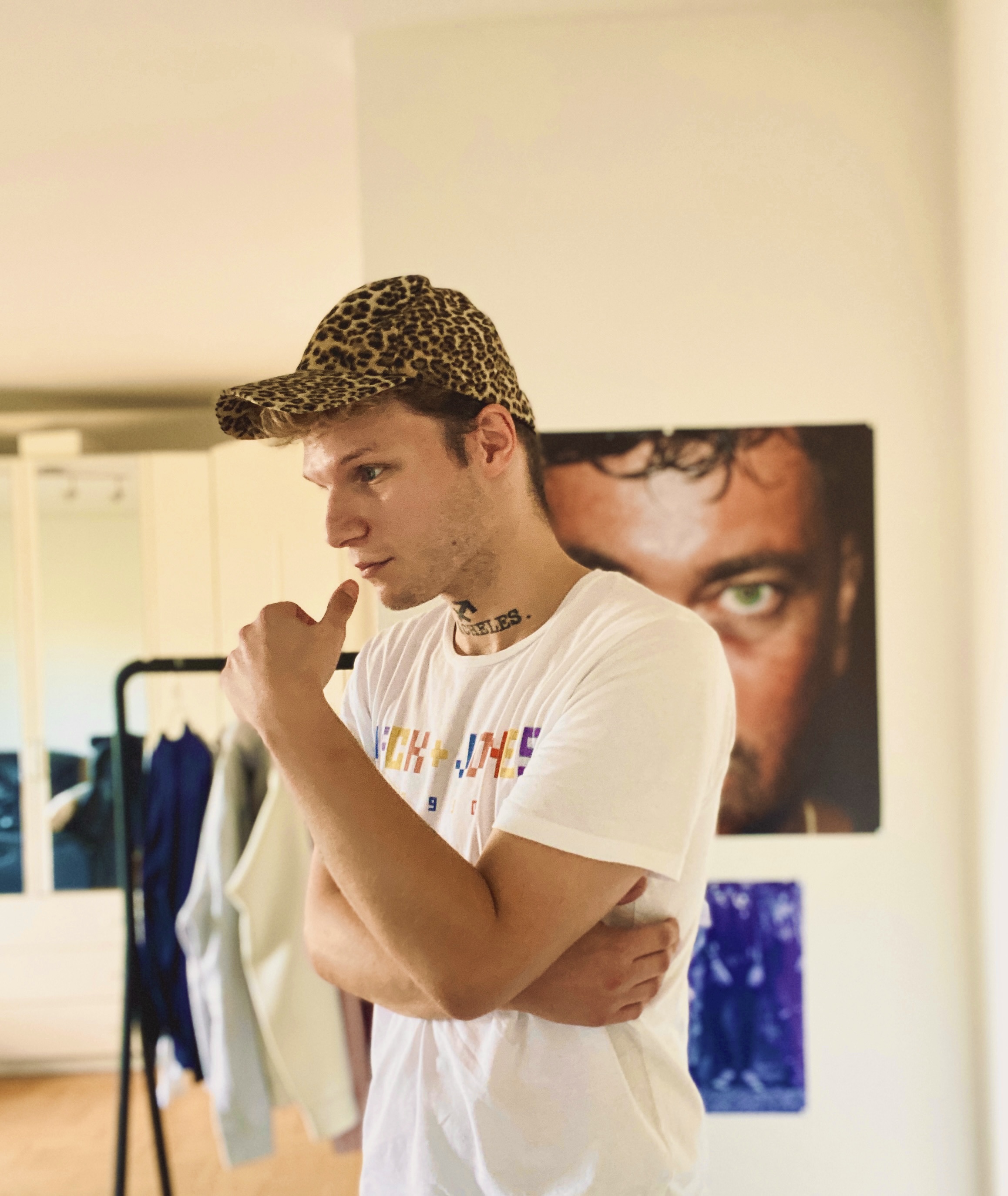 Pleasure is all mine, gentlemen, thanks for having me! When listening to my music I’d recommend Whiskey Coke or a glass of White Wine, since those are my personal favorites, too.

I’m very excited to announce my forthcoming German Single, „SCHÖNHEIT“, that I’m releasing on December 1st, 2022. It’s my first release sung in German in 12 months, ever since my German Extended Play „JUPITER ALPHA“ had been released in December 2021.

„SCHÖNHEIT“, composed and produced by Leipzig based Mario Hartwig / Aquario, is the German adaptation to my „most listened to“ and „most popular“ track „UGLY“ and deals with the topic of Mental Health, depression, anxiety – however as a positive and encouraging anthem in a way that it doesn’t deal with hurt primarily, but with the light in the darkness, the healing. I wrote the lyrics for a dear friend of mine, who has had difficulties with living in the very moment and finding it impossible to believe in any given positive aspects in life. The message behind the lyrics is that we should always keep in perspespective the beauty of the moment, no matter how dark and suffocating life can be at times – like, having a night out with your friends is something beautiful that you are allowed and entitled to enjoy, cause nobody’s stealing that quality time from you, and on the other hand, nobody can give it back to you if you spend it entirely with overthinking and emphasizing the negative aspects all the time. Nobody’s ever giving us an award for the moments we have wasted on doubting and overthinking.

The single cover artwork will feature another black and white portrait of mine shot by Berlin based photographer and visual artist Patrick Walter, who usually works a lot in Haute Couture and Fashion Week jobs. I discovered his amazing black and white portraits on Instagram and was asbsolutely starstruck and overwhelmed when he agreed on my request to take my pictures.

We live in times of many conspiracy theories. Which, harmless, theory would you wish were true

Donald Trump and Putin are no real human beings and were sent down to earth by some alien species that has a very bad sense of humor.

People who don’t know me personally must probably have the idea of my being all sad, troubled and melancholic, when listening to my songs / lyrics, haha. In fact I’m a very life affrming, humorous, optimistic idealist. But when it comes to writing lyrics and singing, I deal with all of the things that I have trouble talking about and thus channel them into my art.

My songs deal with subjects like self-discovery, heartbreak, disappointment, Sex, addiction, substances, mental health issues, resilience, politics, LGBTQIA+ topics…. but if I had to use only one term to describe them, I’d say that they are coming from an untouchable place of Hope. I have strong faith and trust that nothing and no one is ever entirely lost. I mean, look at the world, the way it is at the moment – it demands a strong motor of Love and Confidence from us as human beings. And I truly believe that we are way stronger than we’ll ever grasp.

I speak five languages (German, English, French, basic Portuguese and basic Swedish), since that is my initial profession as a trained foreign language secretary. I think I’m also a pretty good listener and advisor to my friends, family and even people whom I don’t know. Even though I need my me-time like the air that I breathe, I’m afraid that I’m someone very very social, still… haha. Men told me I was good at giving massages and head. I have a great knowledge on pop music in general and can be a walking music Wikipedia at times… But at the end of the day I would say my biggest talent is writing. Be it lyrics, poems, short stories, journals or merely invitation cards or whatever… Rhetoric ánd language have a huge place in my heart.

1) My singing teacher back when I was only 15 years old was Floor Jansen, who nowadays is the singer of Nightwish.

2) I release songs in English, German and French (so far).

3) Fellow musicians and producers praise my vocal range, technique and singing abilities, which is always the greatest compliment of all.

4) Back in 2020 I have been discovered by Gay German producer Peter Plate, who has a) always been a true LGBTQIA+ icon starting in the early 90’s, and who is b) one of the most succesful people in the German music industry when it comes to geniusly written pop music and lyrics, proving for decades that hit singles and albums don’t need to lack one tiniest bit of depth, soul, personality and otherness.

5) Even though the visual side to my music is just as important to me as the audible side, I truly have to admit that I hate photoshoots and videoshoots… I mean, I give my best and work efficiently, but 80% of the time, I feel like a monkey in a zoo, to be honest.

It all came completely naturally and autodidactically with time. Excpet for the singing lessons from Floor Jansen and my local conservatory to work on singing technique. The rest just fell into place once I knew that I had interesting stories to tell.

How can people support you with your music?

Making music is fucking expensive in every single aspect that comes along with it. If you like my music and would like to help me regarding my upcoming releases, please do not hesitate to leave a small donation at: PayPal.Me/boahrobin. That would be so damn kind!

Thank you for having me and reading this interview. Love, Robin / BOAH ROBIN!