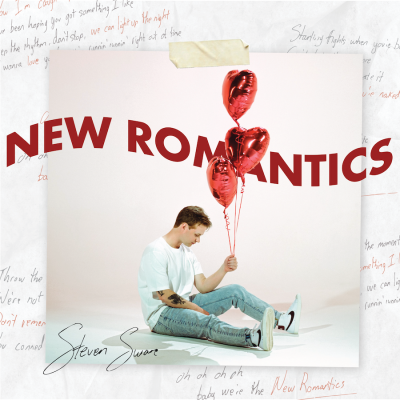 Hmmm… this is a tough question, I think the best drink to sip on while listening to New Romantics would have to be something generally deemed cool and sexy. Maybe old fashioned? I think it’s such a classic drink and would pair well with the song.

The new single “New Romantics” was released on August 20th. It’s been a really fun release. I’ve been able to perform and promote the song with my full band. It’s been my first time performing with the guys and the full production in over two years because of COVID. So the nerves are extremely high but there is nothing better than having a crowd and your songs blasting!

There are a TON of conspiracy theories. I really like the ones about history and technology. ETC. How the Egyptians built the pyramids with what we believe are primitive tools but they’re built so precisely. I like to think there’s more behind it and that there’s a cycle of technology and human advancements. Maybe 5,000-10,000 years ago we had iPhones!

I think the best style of clothing that describes my music is what I wear. Streetwear mixed with work wear. I think the new style of high waisted dickies with a cool button down really fits the vibe.

New Romantics was written in the studio. Originally I wrote it with Dan Davidson and Bryan Finlay in 2019 and then in 2021 I revisited the song with Brandon Unis and Brad Simons. The message and lyrics changed but the sound was pretty much the same. We decided to write this one with a more cynical spin on relationships in the world and what I experienced when I was in my teens and early 20’s.

Honestly, I don’t think I do haha. I just work full time as a project manager and play music.

I learned to play guitar when I was about 5. I have two older brothers and when my oldest brother went in for lessons the competition between the three of us really began. Unfortunately I didn’t like it too much so I only lasted a year or two. When I was going into high school I decided to quit hockey and focus my time on something else and I decided on music. I went to vocal lessons and guitar lessons weekly. Practiced as much as I could and started writing my own music as well. When I was 16 I performed my first show and since then I can’t get enough! It’s been 10 years of the highest highs from music and the lowest lows but I just love it too much to give up!

How to pronounce my last name. Everyone just guesses it’s pronounced like “swear” or “Swar” and rolls with it. But, it’s actually pronounced “swoh-ree” like sorry but with a w Sworry.