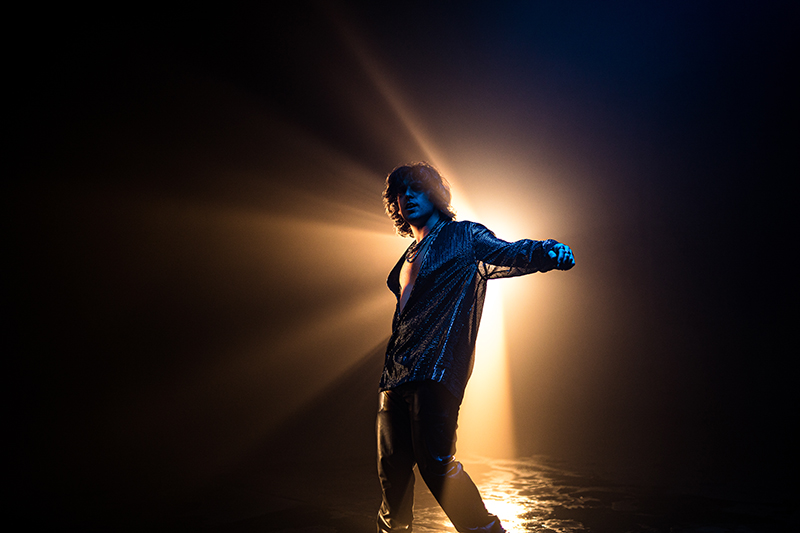 For this new track, I recommend something strong but inspiring like an espresso martini haha

This newest single will be the first of a set of 3, my next single “Bad Side” will be dropping later this summer followed by my first full-length album “8 Ball” in November 2022. I just released a music video for No More Running last week, it’s all about being stuck in your own mind and the many personas we can create for ourselves to deal with our past problems. My next video for Bad Side will be unlike anything I’ve done before so stay tuned for that

3. We live in times of many conspiracy theories. Which, harmless, theory would you wish were true? (For example Dinos living inside Earth or E.T. living in a home in California

I’m all for UFO’s and to see the event’s of the 1947 Roswell incident actually come to true light would be entertaining as hell. Everybody knows they’re out there somewhere haha

I love this question, I would say TOKKOU, named after the Japanese term tokkō-fukku, meaning ’special attack clothing. It’s a Japanese-born, London-based fashion brand and their clothes are inspired by the Bousou-zoku ’80s biker gang subculture.

With this new batch of music, I’ve been trying to focus my lyrics more inward. A lot of my next songs involve more personal themes of mental health, inner struggles and acting on impulses. I spent a lot of the pandemic overthinking things and this new music is about simplifying those emotions and writing this way has proven to be a pretty major form of healing as well!

Cooking, I love to cook and am really good at watching cooking shows haha. I also am a voice actor, I’ve done some voices for some pretty cool animes overseas!

Drunken skydiving (which I do not advise anyone to try) The immense adrenaline rush paired with the uninhibited/necessary confidence that is required when you’re on stage. Also the idea of enjoying a moment of the free-fall even though you’re seeing the ground quickly approaching.

Singing kinda came naturally for me, I was immersed in music as a kid, my Nonno played mandolin and my mom played bass in her family band. I took piano, guitar and drum lessons before I even knew I could sing. I never took singing lessons until University and I usually just took influence from my favourite artists of that time (Michael Jackson, The Beatles, Sum 41, Billy Talent). Writing came naturally to me, it was a form of emotional release, I got addicted to it. I started a pop punk band with my buddies in high school, we played shows all over the city and opened for killer acts (Arkells, Marianas Trench, April Wine) and then that summer we started writing our first full length album, that’s where I learned how to design and record an actual body of music.

**Wrote two but please feel free to pick one**

What actor/actress would you cast as you in a SAM LOUIS movie?

I would cast Timothée Chalamet in the lead role