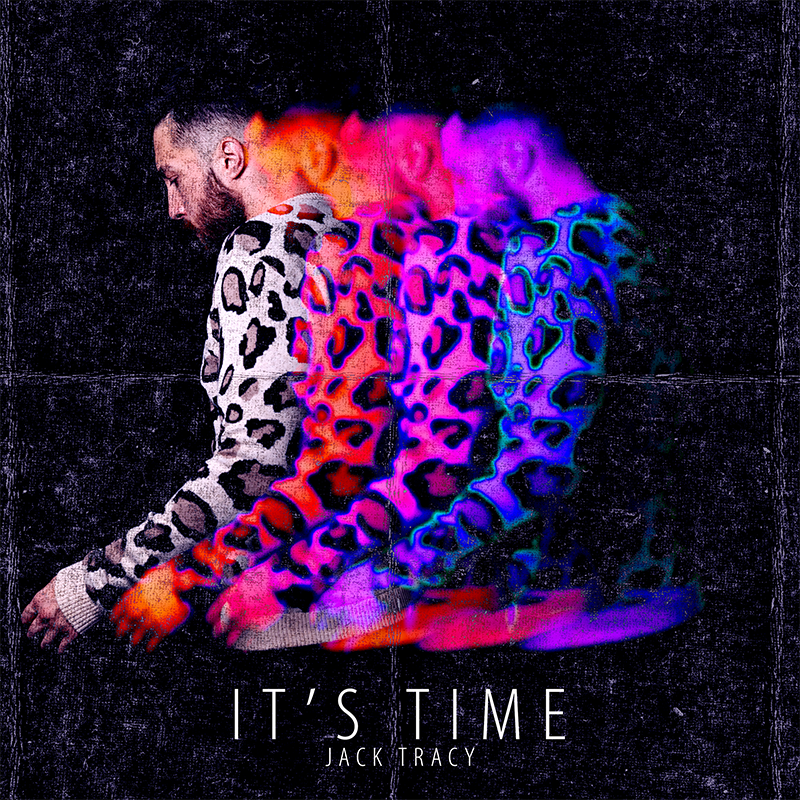 Jack Tracy is wasting no time in 2022, releasing his latest music video for new ballad „It’s Time“.  While the song strikes a somber note as a successor to previous ultra-sensual bops, the uncensored video is still just as steamy as ever.

„It’s a tonal shift for sure,“ Jack remarks about his new track, which follows the R&B bangers Overdrive and Daddy Made It.  „When I did my web series, History, I sort of discovered that the lanes I tend to drive best in are sexy and sad.  So I decided with ‚It’s Time‘ that it was time to shift to the other lane for a bit.“

The song, which Jack wrote and recorded last year, serves as a coda to his last relationship–what Jack considers his great love.  „We loved hard, and deeply, but ultimately were not good for each other,“ Jack said.  „The end was volatile–honestly devastating–and the way he chose to say goodbye fundamentally changed my approach to all relationships for the rest of my life.  He terrorized me and that lived with me every day for years.  I wrote this song to finally let it go.“

In the moody video, Rob Riordin plays a figment of an ex-lover slipping in and out of the shadows.  Unlike Jack’s other more extravagant videos, „It’s Time“ is intentionally simple.  „The song does all of the work on this one,“ Jack explains.  „I didn’t want to get in its way with an over-produced visual.  For this one, I told my team I just wanted to stand and sing the song.“

But while the focus may be the song, eyes will certainly be focused on the censored scenes, depicting the couple engaged in passionate sex.  „It’s important to me to continue to normalize depictions of gay sex,“ Jack said.   „Today, gay characters can finally show up in mainstream productions, fall in love and be proudly gay, but there’s still a level of neutering representations of gay relationships, likely because the powers that be still believe the general public remains squeemish about the idea of two men having anal sex.“  The video was shot by longtime cinematographer Joseph Patrick Conroy of Amerikana Media.

Jack Tracy is the founder and owner of Necessary Outlet, a production company that has produced several LGBTQ works including the weekly dating and sex podcast Dying Alone, Together with co-host JJ Bozeman; feature film, Snowflake; the audio drama, Community; three critically acclaimed seasons of the web series History; and comedies Big Law and Millennial Memoir. Snowflake and all three seasons of History are now streaming on Dekkoo.

Jack Tracy previously released two studio albums–Older and For You–as well as the EPs Love Yah and Intermission, Volume One, the latter a collection of covers including Jack’s take on Ginuwine, Toni Braxton and Tweet.