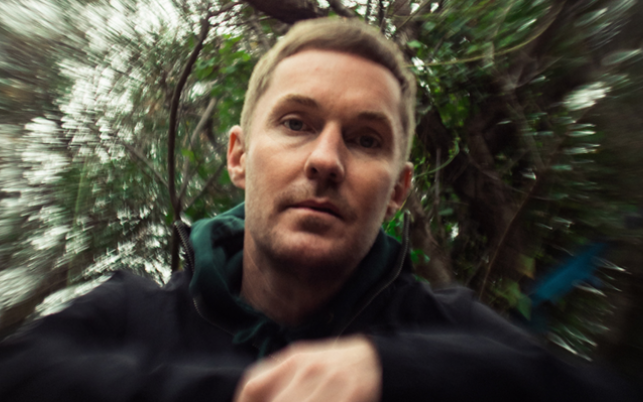 Hi, My names Paul, I go by the alias Drapht. I would say I’m a little slice of Paul McCartney, Eminiem & Mac Miller, but with an Australian accent

I have just released my seventh studio album Shadows and Shinings. It’s a massive family affair that features a bunch of my favourite Australian musicians. The tracklist is filled with a whole lot of selfrelective songs with big hooks and big drums.  We’ve just released four super fun videos from the project and we’re about to head out on national tour too, so it’s all go.

I was heavily inspired by 2000’s UK hip hop coming up, I love The Beatles, I tend to overwork, I overthink and  over share.

I tend to write about whatever is weighing heaviest on me at that moment. And I guess the underlying message for the most part is that everyone has lessons and baggage they carry around. I think as humans we tend to compare our lives to people we barely know anything about, especially in the age of social media. I think it’s nice being able to normalise the fact we all have our own shit and we are just doing our best with what we have available. I find it cathartic airing out both my clean and dirty laundry.

Because of my two year old I can build a pretty badass sand castle, and also I can now draw Bluey (australian cartoon character) with my eyes closed too.

Home for the most part, but It can definitely be such a case by case situation and really depends on if my mind wants to play nice or not on the day. I kind of like the unexpected nature of it all too. And there’s not too many better feelings than hearing a room full of people singing the songs you wrote back to you.

My dad is a jazz drummer/percussionist, so a lot of different music was played in our household growing up. I was a really quiet kid, that kept to myself for the most part, so I gravitated to writing just to express myself first and foremost. Then I went to school with a few local MCs who were big influences and door openers in my early days.

What happened to your song falling?

This all started out as a hobby, and we were just kids making songs Initially. We didn’t quite understand the consequences of sampling another’s music in the beginning, especially when we grew up listening to Hip Hop and it being such a common practice with the sound. When it all started to blow up for me I got sued by the artist we sampled on this particular song. I had to pay a bunch of money, he made us take it off all platforms, remove all of the albums that were on shelves and repress it without the song. I’m not allowed to play it live anymore either. He wasn’t very happy.