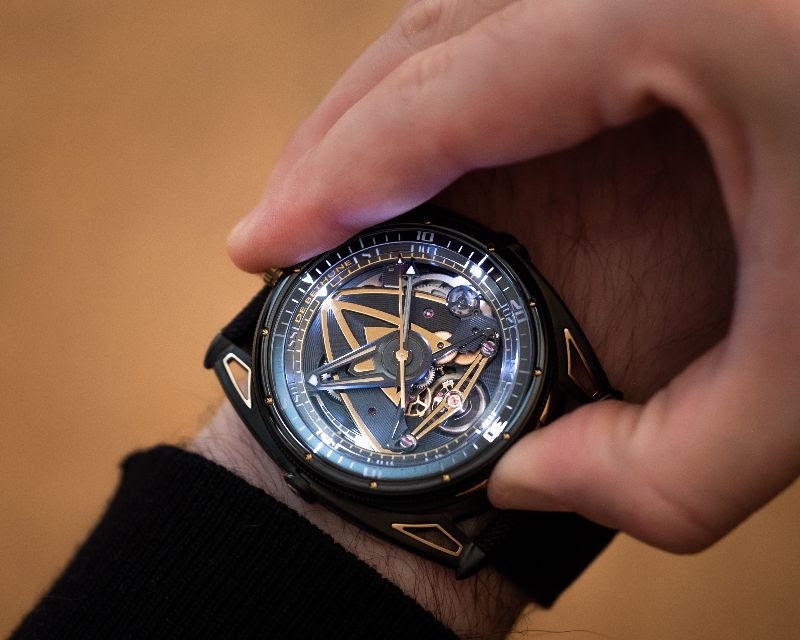 JPS. John Player Special. Three letters evoking the legendary association of black and gold. More than a brand, a whole universe, an iconic colour code; that of Team Lotus with its totally revolutionary, unbeatable cars, the most successful of their time, often cited as the most beautiful Formula 1 cars ever built! JPS is like a mechanical dream. A succession of victories. Seven Constructors‘ World Championship titles, six Drivers‘ World Championship titles shared by legendary drivers such as Jim Clark, Graham Hill, Jochen Rindt, Emerson Fittipaldi, Mario Andretti… What an era! 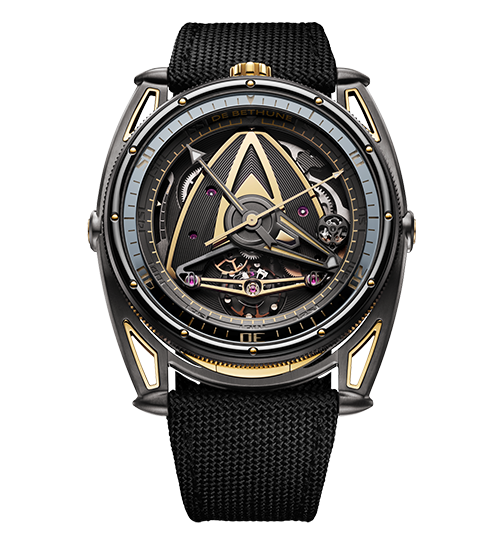 Those of us who were boys and girls in the early 1970s remember seeing the black and gold ‚rockets‘ through their teenage eyes; the drivers and their black and gold suits; the black and gold helmets; the engineers whose work we glimpsed for the first time thanks to the installation of cameras in the pits…

Lotus JPS cars were also the first single-seaters to take full advantage of the major technological advances of the time, as well as research aerodynamics, and the first computer-assisted developments… F1 helped shape the collective imagination. Fear some and severe black paired with glorious gleaming gold made JPS a1970s benchmark from which De Bethune drew inspiration for a new version of its DB28GS ‚JPS‘ sports watch.

A sporty black and gold watch; a nod to the bold ‚JPS‘ spirit of the era

What a pleasure for Denis Flageollet and his team to go back to that time and indulge in “tuning” his first sports watch–the DB28GS – so as to off era black and gold version in steel, titanium and zirconium. 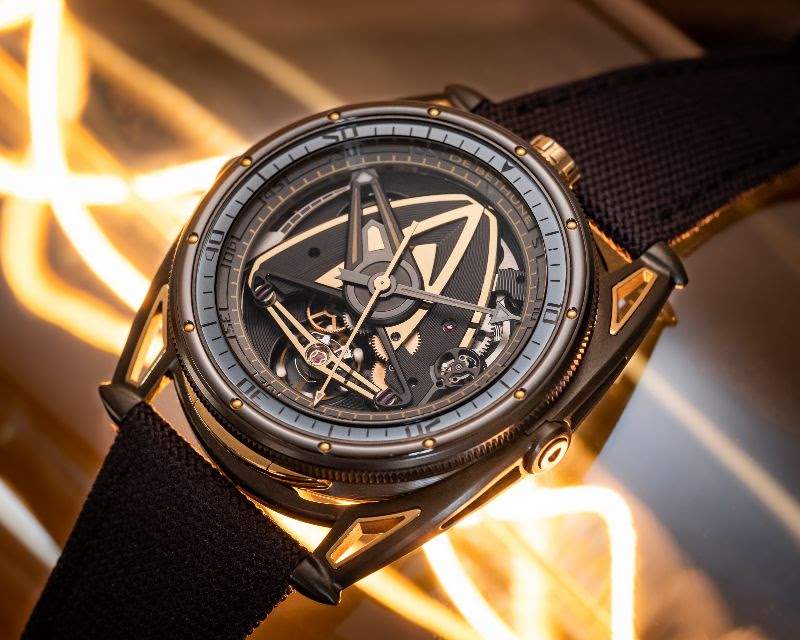