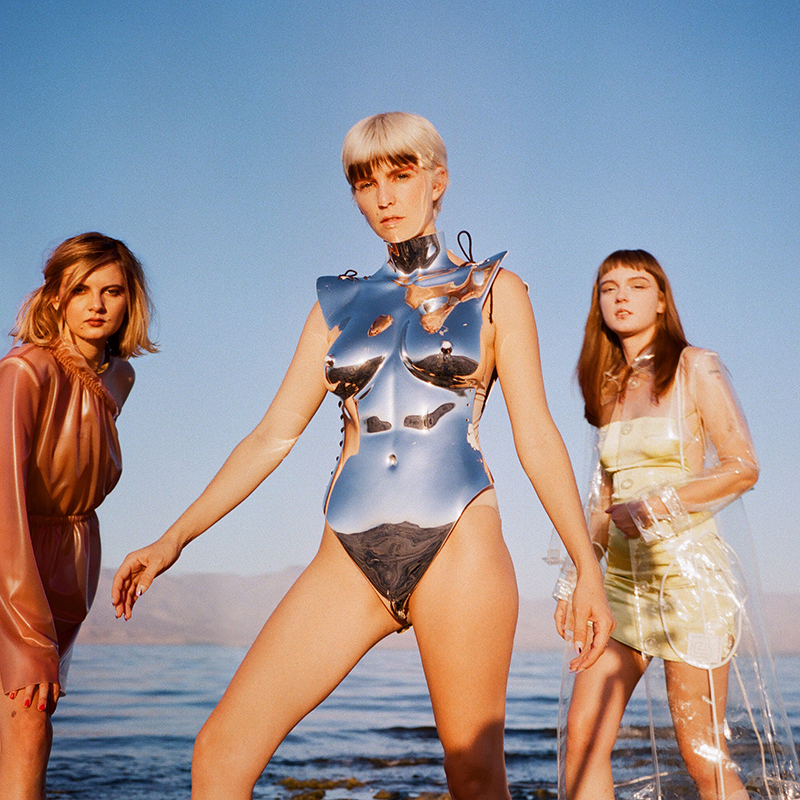 1. Hello, thank you for your time, please introduce yourself in a few words!
Hi! This is Halle, the bassist of Automatic.
2. Please give us an update about – new single, new album, tour dates, new videos?!
We have two new singles and videos out and will soon release another one. Our second album will be coming out in June. Right now we are gearing up to go on tour in Europe for about a month, after opening two shows for Tame Impala here in the States.

1) We don’t identify as a ‚girl band‘ 2) a lot of the meaning is derived from the *feeling* you get from the song, not just lyrics point-blank. 3) We believe our ‚genre‘ is more aptly described by the term „Deviant Pop“ than Post-punk. 4) I think of Deviant Pop as an echo of pop music through musical history’s goth and punk caverns. 5) The rest shall remain a mystery…
4. What fashion style or brand would best describe your music?
Vivienne Westwood meets Thierry Mugler
5. What’s your songwriting process?
It’s very instinctual, and completely written together in the room most of the time. We’re all music fans first, so we’ll often bring a song into the practice space that we’ve been vibing on and then try to capture something about it that moved us. Or sometimes one of us will bring in something we wrote ourselves and then we’ll all jam on it. But basically, it’s always a process of sounding it out and making decisions based on what feels and sounds good and different- not showing off any kind of skills.
6. Tell us more about your songs! Topics! Message?
It’s not required, but we did have a concept for this album. It was written all throughout quarantine and we were looking at our world from that distanced perspective. Like many people at the time, we realized a bunch of things wrong with the way the world worked and felt that it was important to express that sentiment in our album. So a lot of the subject matter is about late-stage capitalism. We hope to inspire people to think about it and realize that we don’t have to go along with it off the cliff to extinction.
7.  A question you’d like to answer, but never been asked in an interview before?! + Answer pls

Q: How do you think we can transition out of capitalism?

A: I don’t have all the answers here, but step one could be to buy as few new things as humanely possible. This solves a lot of problems at once.

1. you aren’t at risk of supporting a company that has any kind of hurtful practices anywhere down the line of their supply chain.

2. you don’t create waste that contributes to climate change.

3. you save $ (that’s just a bonus.) If you only buy second-hand or better yet, grow and make your own things, and connect with your community to get things done, rather than buying things from THE MAN (lol) you’re already operating a little outside of capitalism. It’s kind of what our song Automaton is about. (It’s not out yet but keep an ear out.)