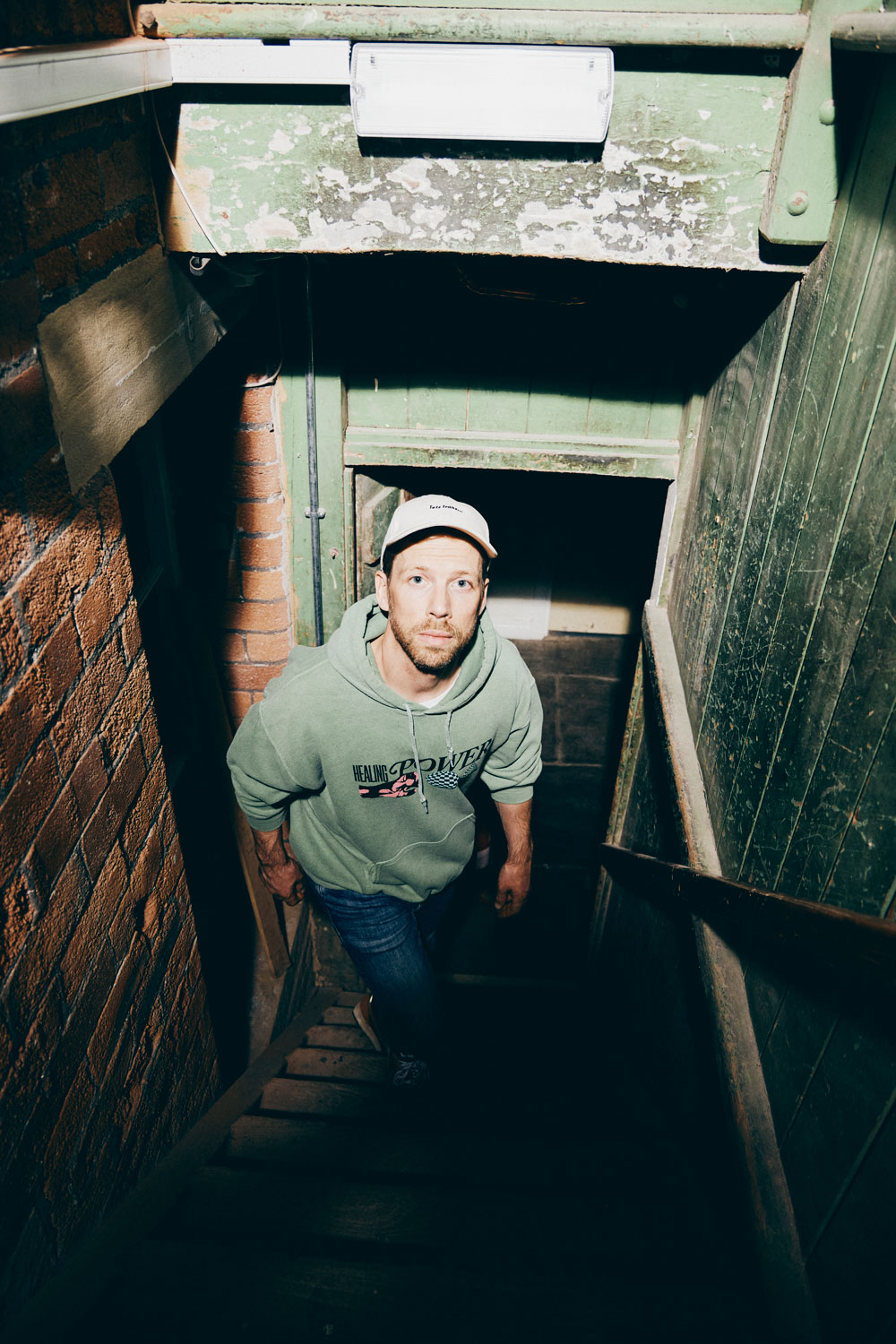 It’s got to be a chilled Fentimans cherry cola.

So I’ve just released my 3-track ‚Origins EP‘ today on Our Space Music.  It features the 90s rave and acid house influenced track ‚Back 2 Love (House ’89) that was made „tip of the week“ on BBC Introducing and supported by the legend Judge Jules. It also has a super-summery UK garage influenced track called ‚All I Got Is Love‘ and a more rowdy ravey breakbeat tune called ‚Burnin‘.

I’m not one to pay much attention to conspiracy theories, but I’d like to think Elvis was still alive and well! I find the idea of living on a flat Earth amusing too – what happens when you get to the edge?!

Music has always been a big part of my life. I learned piano and I was in the school choir when I was a kid. In my teens I got heavily into writing and self-producing tracks. It wasn’t until my late teens that I became more interested in dance culture with records like Daft Punk’s ‚Discovery‘ and Royksopp’s ‚Melody AM‘.

5. Tell us more about your love for 90s rave culture?

It was such an exciting time for dance music and for youth culture too. The music is so innovative and raw as the technology started to become available to more people (rather than just in big expensive studios). I love all the stories about warehouse parties and illegal M25 raves, and the graphic design and fashion is so vibrant too.  90s rave music and culture just has such an exciting spontaneity, energy and positivity!  It’s all before my time, so I guess I might romanticise it a bit, but when it comes down to it, a lot of the music still sounds relevant and amazing today.

6. How long did it take for the Origins EP to come to life, from start to finish?

I first started work on ‚Back 2 Love‘ at the beginning of the year but I didn’t have a concept for the EP at that stage.  But I kept going deeper into 90s rave and realised how much of an influence it had clearly had on my favourite records by people like The Chemical Brothers and The Prodigy, and loads of new things too.  As I worked on more new tracks, it seemed to make sense to collect 3 of my favourites together with the theme of the origins of my own sound.

7. A question you’d like to answer, but never been asked in an interview before?! + Answer pls

Where do you get all your t-shirts from? I’ve been a sucker for garish t-shirts for years, ever since seeing those So Me designs in the Justice ‚DANCE‘ video. I used to get a lot from Sixpack in France, but my current favourite designers are Dream But Do Not Sleep, Market and Friend Or Faux

8. Now that your new project is out in the open, what’s next on the agenda for Arkley?

I’ve already got loads of new tracks to follow on from the ‚Origins EP‘.  I’m currently excited by a kind of rave / gospel mash up, but I don’t know how it will turn out yet! I’d like to have more new music out before the end of the year.