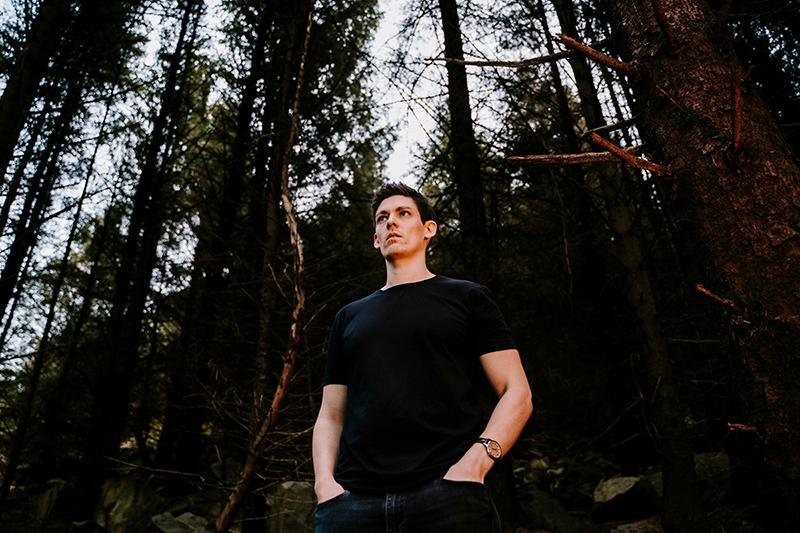 Hello, thank you for your time, please introduce yourself in a few words!

I’m a singer-songwriter from South London, and essentially, I love making pop music. I play the piano and the saxophone, although it’s getting pretty tricky to fit the latter into one of my songs..! After years of musical soul-searching, I feel like I’ve really found my own individual sound and style, and have been working on my debut EP for the past two years, recording with the team at Iguana Records in Brixton, London.

So my 2nd single, ‚Boodiyayay‘, has just come out, and it’s a cathartic, revenge-filled track, that details the brutal end of a pretty rocky relationship. Musically, it all started from a simple 10 second recording I made on my phone of the main ‚Boodiyayay‘ riff, whilst walking around London! Then from that I began to create this bluesy, folky sound that at times is quite hypnotic and otherworldly, whilst still staying true to my own pop style.

Then in a few days I’m dropping the music video to ‚Boodiyayay‘, which is an epic, fiery video that I shot in North Wales, with BAFTA winning filmmaker Lindsay Walker. I originally wasn’t planning to make a music video for the track, as I thought it might be a bit too ambitious, but Lindsay was so passionate about it and had a great vision, so I was convinced! Am really excited for people to see that one, and I think it compliments the track really well.

After that I’ve got 3 more singles to finish off my debut EP, and then I’ll take it from there.

So I’d brand my music as ‚piano-based pop‘, and within that I like to add splashes of different musical worlds, including folk, classical, soul and blues. I’m a big lover of emotive melodies and classic pop choruses, so I’d like to think I write music that leans into that, whilst adding harmonic texture and distinctive lyrics.

I’m a gay artist, and I guess that has impacted my music. I used to find it difficult to place myself in the commercial world, and when I was growing up, I thought you had to sing a certain way or have a particular image to have real credibility. This uncertainty often seemed to be around traditional notions of masculinity, These days, I’d like to think I try to be as authentically myself as possible, and if that means sounding more traditionally ‚feminine‘ at times, and abandoning any preconceptions of masculinity, then I am absolutely fine with that.

I believe that good pop music should never be looked down on. I’ve come from a very traditionally classical background, and I think that highbrow/lowbrow divide probably held me back when I was younger, as I thought I should be embracing music in a way that the people around me would approve of. Now, I just try to surround myself with whatever music feels natural to me, and I have that attitude to creating as well.

I want to be known for having my own individual sound, both as a singer and as an artist. The performers that I love have truly created that, and I really look up to artists who vocally own their style (such as Sam Smith and Alison Krauss), and then those that create a real artistic imprint, like Sia, Pink and Lady Gaga

I don’t think that artists need to be defined by genre. I want to put out material that will still sound like me, and will still have the same vocal production and pianistic elements, but will explore different worlds and influences, and basically just mix things up. Even if it’s a few singles here and there on an EP, or a full album that deviates in genre. I think that will keep things interesting!

Haha I’m totally joking, but if someone described my music as that I wouldn’t hate it?!

If I have to answer…at the risk of sounding beyond basic, I’d say if you crossed Tommy Hilfiger with a brand like All Saints? It seems wholesome and almost expected at first, but then gets grittier and more layered as you discover and get to know more. There you go, that’s my foray into fashion journalism done!

Well, topics-wise, the ones that I’m releasing first are predominantly about romance, either the falling in or falling out of love, classic material, right? Although I’d like to think that I add something new both musically and lyrically to that established theme.

Then moving on from there, I’ve written quite a few that are about family, and even some about friendship – and with these I’ve been drawn to looking at these situations in ways that are specific to me, so that it feels fresh and authentic.

Ultimately, I find people fascinating, and always have, and so I like to write about them. I think at some point I may move to telling stories of other people, but for now, it feels more expressive and sincere to do it from my own perspective.

Well, I’m an acrobat first and foremost. Haha no, that’s definitely not true, although I did say that on a date once just to see his face (he was unconvinced).

So I worked as an actor before I returned to music properly, and so I guess that could be it? However, a probably more interesting one would be that when I’m not doing music, I work as a private maths tutor, teaching the subject to secondary school kids. I genuinely find it really enjoyable, as it’s pretty different to all of the other work I do!

A combination of things. I guess like most great things, whilst it can be a bit scary, it really is so exciting, especially being able to share your own work with other people.

How did you learn to sing/ to write/ to play?

Well, apparently I asked my parents if I could learn piano at the age of 4, so I think they started me on these miniature lessons, but I just loved it, so kept going back. So I was classically taught piano, and then later saxophone, but with singing it just came naturally. There was a lot of music around the house growing up, so it was definitely an environment that enabled me to explore artistically!

In terms of writing, I think I’ve just basically taught myself. I learnt how to write classical pieces (badly) at school and uni, but those techniques don’t exactly apply to the music I want to put out now!

What is your favourite film?

Every time – Deep Blue Sea. And not the film version of the Terence Rattigan play haha. It’s a half-shit shark film, but gawd is it good. I made my housemates watch it on my last birthday, and I can confirm that they had a great time.