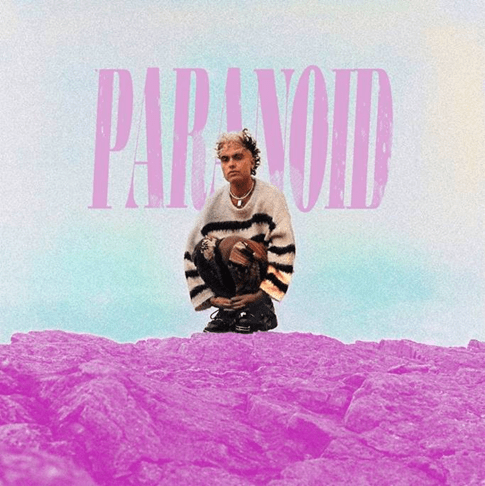 Keir is the Bristol artist behind the exposed, yet powerful, new single,Paranoid.

Paranoid is an anthemic, choral-led expression of crippling fear mixed with the excitement you feel when entering a relationship.

Keir has produced emotively engaging releases like Shiver and Say Love since his debut in 2016. Since then, this artist has amassed over 2.5 million streams on Spotify alone. After signing to Vertigo Records at Universal Germany, Keir has demonstrated international appeal with his music that is described as both haunting and shockingly passionate. With consistent support from key tastemakers BBC Introducing, Keir’s most recent release attracted the attention of over 76 regional UK radio playlists as well as a prominent feature in the Student Music Network.

“I think we are searching for something real, and often that search can feel quite reckless.

There are moments when you feel you can maybe give yourself deeply to someone else.

And those moments are scary. It’s like a big, beautiful abyss you want to dive into.”– KEIR

As the first release of 2021, Paranoid describes an unfortunate and overwhelming feeling that many can relate to. It is a heart wrenching confession that sees a magnetic draw towards something unknown. Keir describes the fear of falling, the fear of giving away something as delicate as love when your paranoia is utterly, and completely, all encompassing. The ambitious chorus brims with mass harmony, whilst depicting the exhilarating strength of emotional highs. All whilst Keir’s vocals hold onto something soft, a hesitancy that seeps through from previous pain.