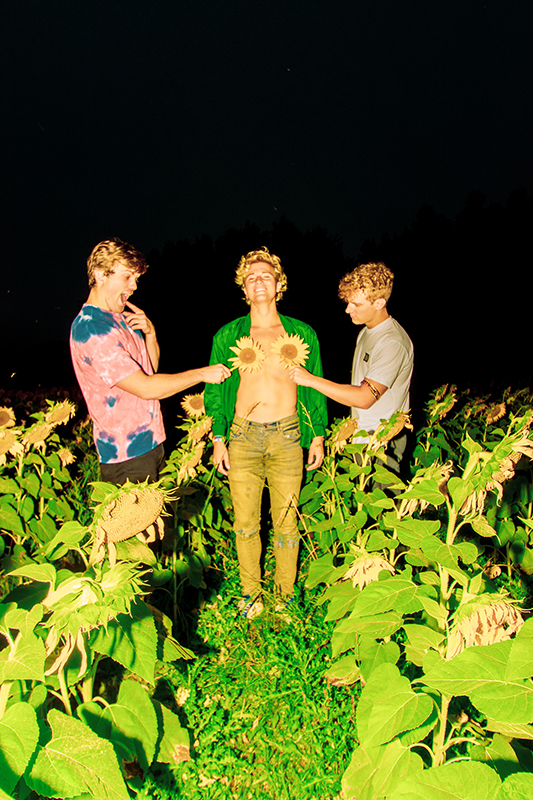 “This song was originally going to be called ‘The Most Beautiful Ass’ because it’s a summery, tropical song that makes us feel like we’re surrounded by a bunch of peaches in bikinis. Anyways, we realized we never say those words in the song and most big pop songs say the title somewhere in the lyrics, so we went with “Professional.” It sounds good and it feels good. The new title and vivid lyrics made for an obvious script for the music video, which we’re excited to share with the world very soon. We’ve already performed this song at big festivals and teased it plenty on socials, so our fans have a decent idea of what’s coming, but the video is going to blow their minds……and wads.’  .WAVRUNNER

.wavrunner are Jack Wesley, younger brother JJ and Griff. Jack and Griff met as second graders in Cleveland, USA after realizing they were kindred, mischievous spirits. They first bonded over their shared passion for choice four letter words…. A decade later, Jack and Griff are just as fun-loving and cheeky in their roles as co-lyricists for .wavrunner with Jack handling lead vocals, Griff as co-vocalist and JJ who creates the beats and arrangements. The boys age from 18 to 20 years old, and are chaotic, fun, and unapologetically ambitious.