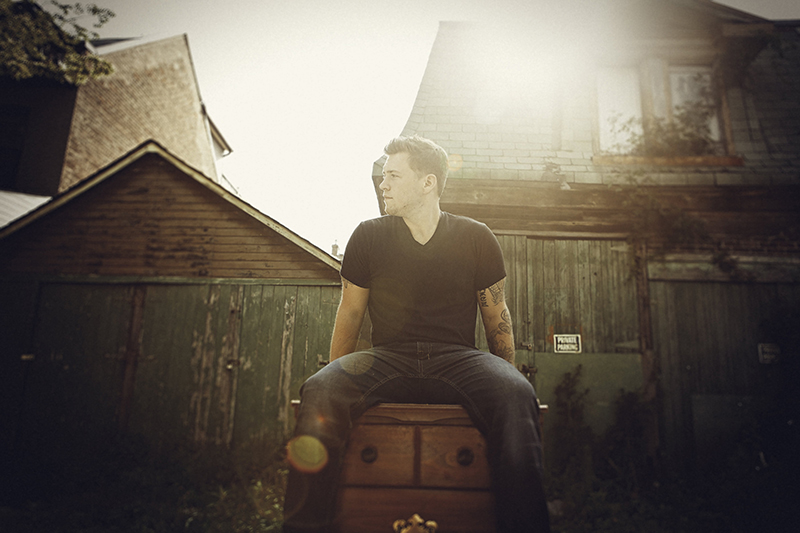 My name is Steven Ryan I’m a singer/songwriter from Paris Ontario Canada.

My new single „Burns Like FIre“ is out now everywhere. It’s the first of a couple singles leading to my album release later this year. There will be an official lyric video premiering on August 6th on my YouTube channel. I am currently working to book tour dates as travel permits.

Everything I’ve released since 2019 I have played every instrument, recorded, produced and mixed myself.

I find genres restrictive and would rather just release music that I like and feel good about.

Even though a lot of my music has a decent amount of production on it. I really enjoy playing acoustic to a more intimate audience.

I use writing music as a form of therapy to work through things.

Music helped me through so many hard times in my life and I just want my music to be there for people like the music I listened to was there for me.

As a collective I would say my music would be a kind of „Comfy Grunge“ style if that’s a thing. A lot of my music is about mental well-being or love and heartbreak. So I picture comfy old t-shirts and ripped pants that you can lounge in and deal with your emotions. Then when you have to go out into the world you throw on a leather jacket or a flannel and not caring just becomes part of the look lol.

The majority of my songs focus on love or mental health. The overarching message I want people to get is that they’re not alone. Too often when we’re going through a rough time we can feel very isolated and alone. But a well written song can make people see hey someone has been here before and they made it through.

Special maybe not. But I do know how to build or fix most things. For example, I built my studio from the studs up. From electrical to flooring and soundproofing. I think that’s mostly because I have issues giving up control of things sometimes.

Existence and non-existence at the same time. If anyone has had an out of body experience they’ll know what I mean. A great show feels like it exists outside of regular life and time and space.

Thousands of hours of locking myself away practicing. I really did not have a „talent“ for music when I started. But it was all I wanted to do. So I just kept playing and writing until people started telling me it was good.

What artists‘ music has had the biggest impact on you?

Jeff Buckley’s album Grace got me through so much that I got it tattooed on my arm.