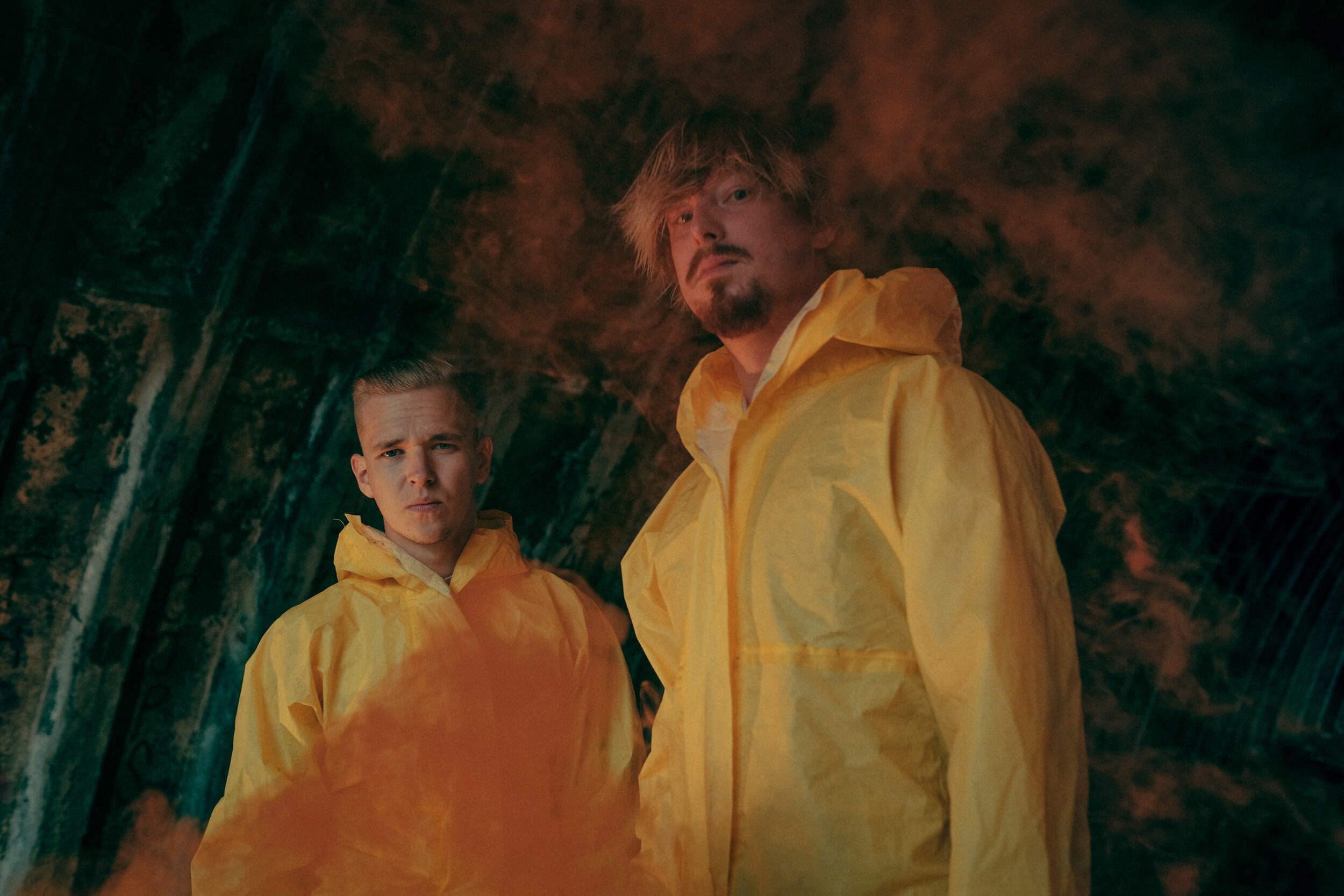 1. Hello, thank you for your time, please introduce yourself in a few
words!

What can we say. We make anti-pop, didn’t know that a few weeks ago but
that is true, that is our genre. Two guys – a ginger and a potato head.

We just released our new album „akimbo“ and just before the album we
released two music videos for akimbo, single with the same name as the
album, and swing me. Currently we are touring across Estonia presenting
our new album.

One, we get bored if we repeat ourselves.
Two, we like to tell stories that scare us or stories we don’t
understand.
Three, I dont know why but always there is some kind of a pain and
suffering involved with our music videos.
Four, the record is awesome but we are way better live.
Five, we get weird on stage……. like weird.

Lets put a dash of punk into a can of coca-cola and cover that with Coco
Chanel.

It depends, I like to change my process all the time cause I get bored
if I do the same thing over and over. Sometimes I need only one word
that starts the writing process, sometimes it’s one sound and sometimes
a rhythm. I don’t know, there isn’t a formula how we do things. Throw a
beer can at me, maybe that starts something.

We don’t have the patience to change the world. Yes, we know the world
is f… up but why to spend it arguing with people who do not like to
change.

Our new album is about mental health – we didn’t plan it, but it just
turned out like that. But along the way and also after the release we
realized that holy mother of god… so many friends and acquaintances
are having their own demons and struggles that they have been pushing
down that they should have been turning attention to a long time ago. So
all that info about mental health has been an eye-opening for us.

8.  A question you’d like to answer, but never been asked in an
interview before?! + Answer pls

Are you happy? Sometimes.