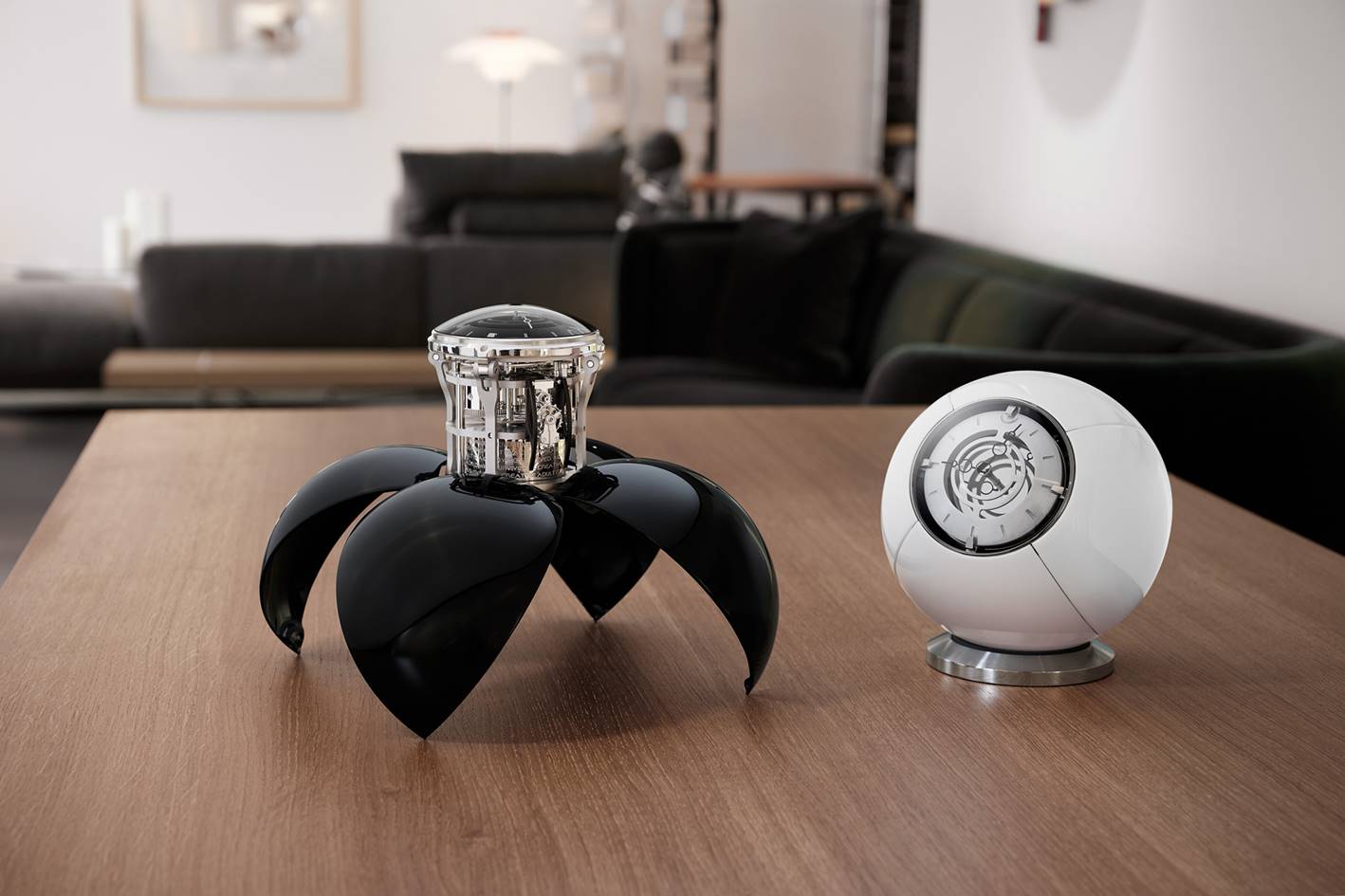 At first glance, Orb looks like a futuristic model of an eye with its perfectly formed shiny sphere. The minimalistic structure is composed of four elytra (that’s the technical word for a beetle’s protective wing covers) that not only open up, but can also swivel like a transformer to display Orb in a variety of different positions. Placed on its saucer so it doesn’t roll away, Orb can be displayed completely closed or with one, two or three opened elytra. Alternatively, opening all four elytra turns the clock into a very different Machine – Orb is a real transformer!

Powering this finely finished mechanical clock is a beautiful L’Epée movement with an eight-day power reserve. There are two barrels, one for the time… and the other for an hour striking mechanism, which doesn’t just chime the passage of the hour, but indicates the actual hour, like a church clock. This function can also be repeated on demand via a button on the side of the clock, or turned on and off.

Orb was created by German designer Maximilian Maertens, who started his artistic career at MB&F as an intern before setting up his own design studio in Berlin. Maertens worked with our own Maximilian (Büsser) and L’Epée on the T-Rex clock presented in 2019, before being given free rein to create the TriPod last year and now Orb.

Available in white or black, each limited to just 50 pieces 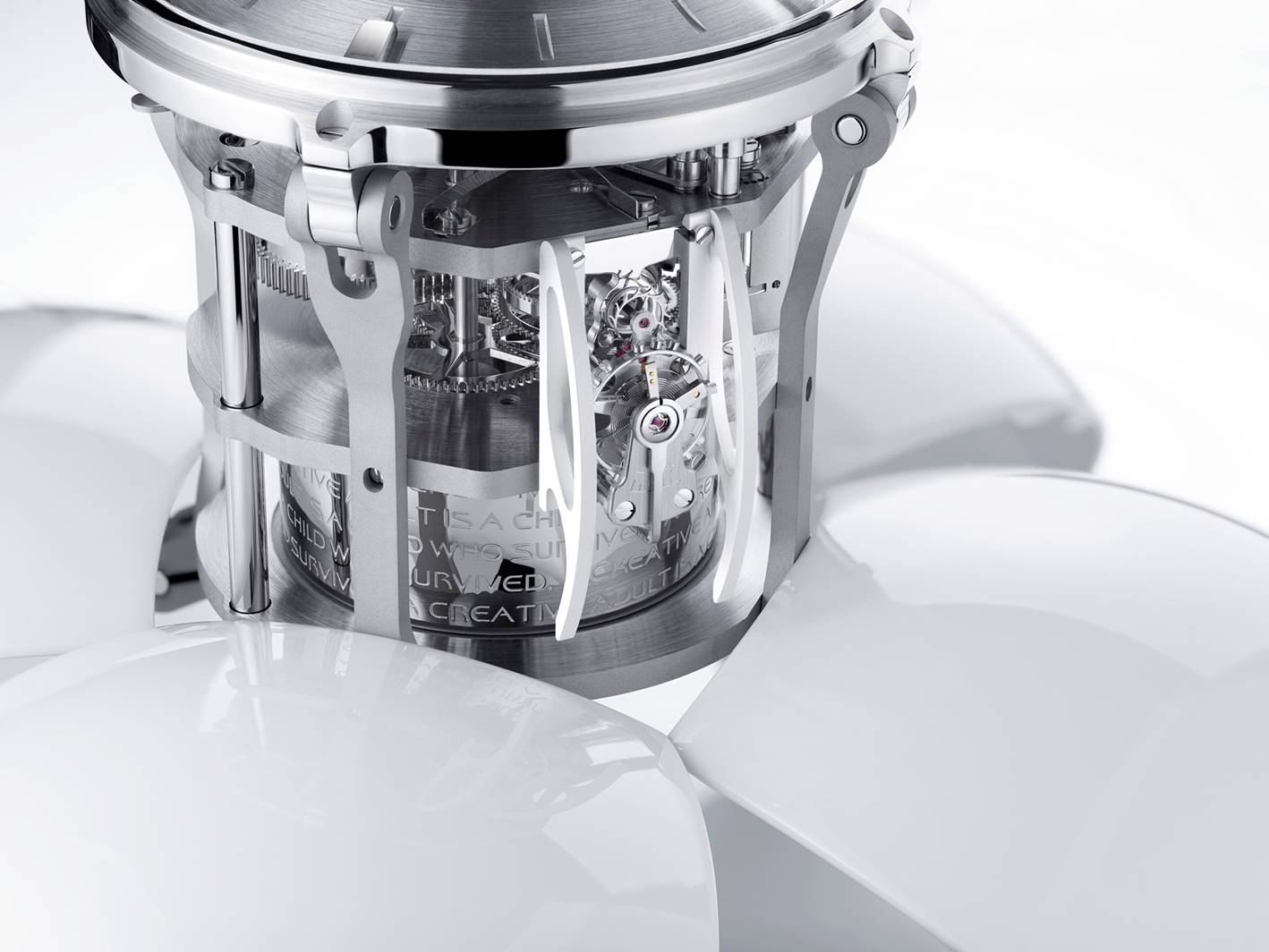 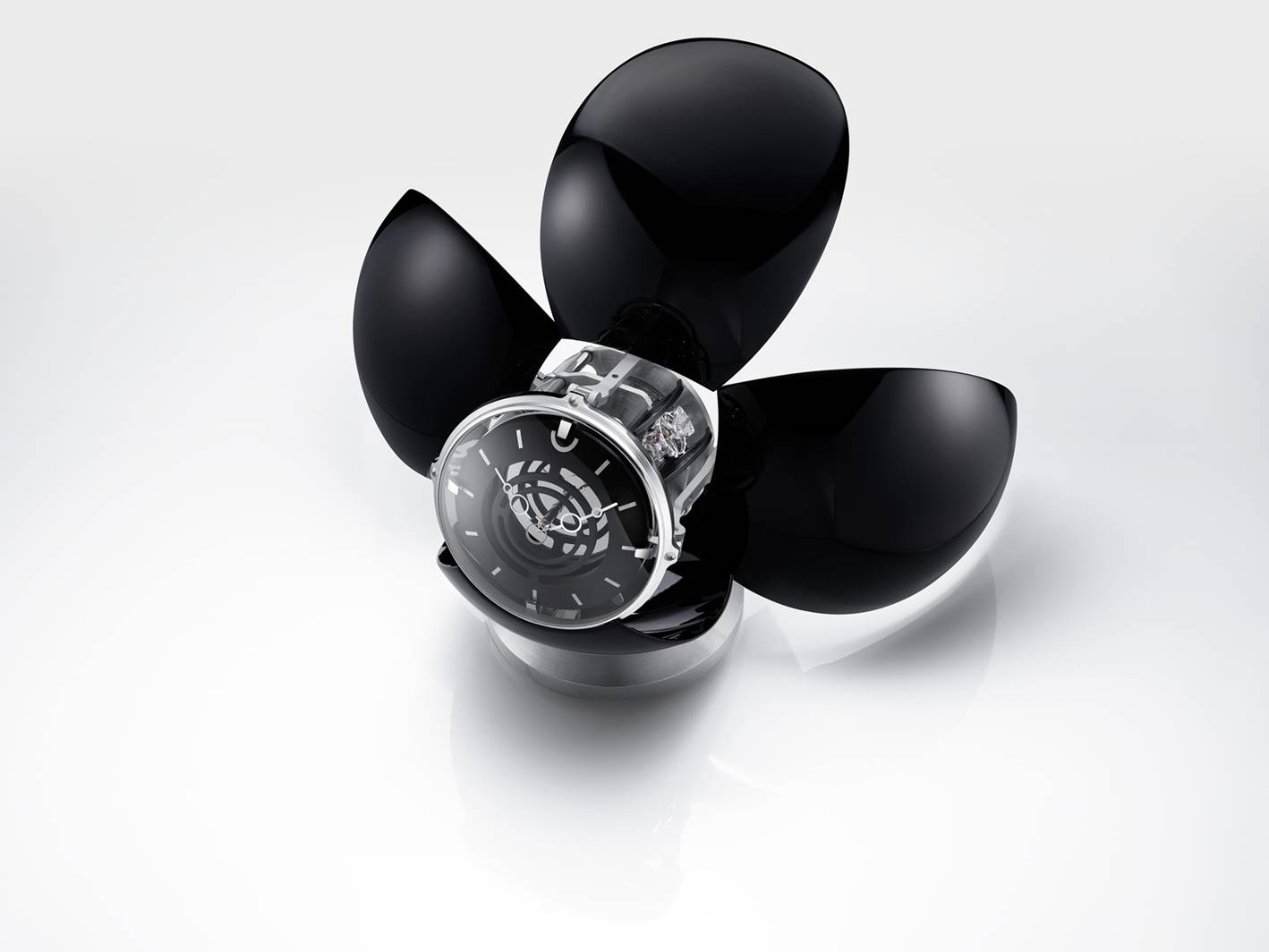 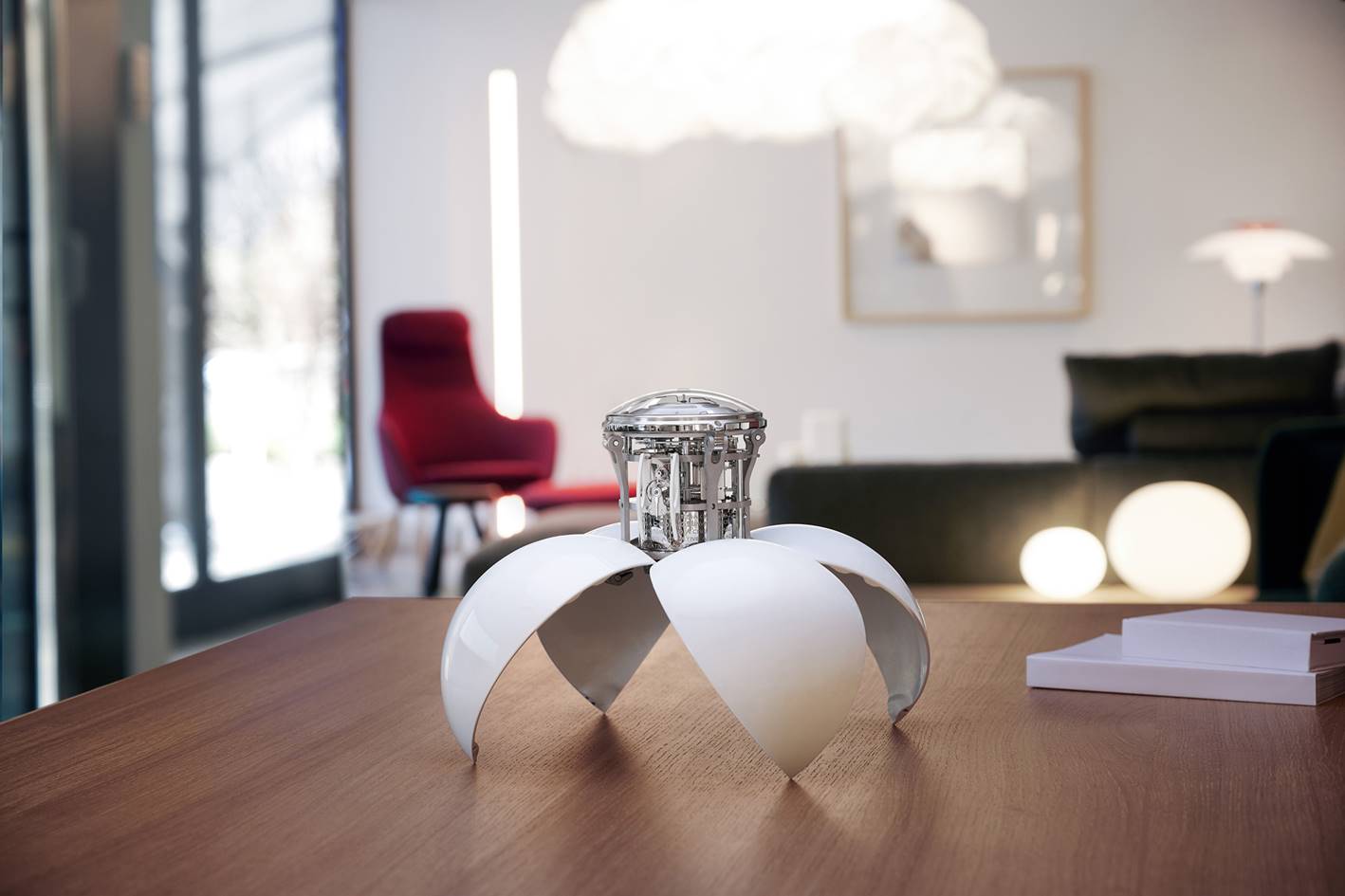 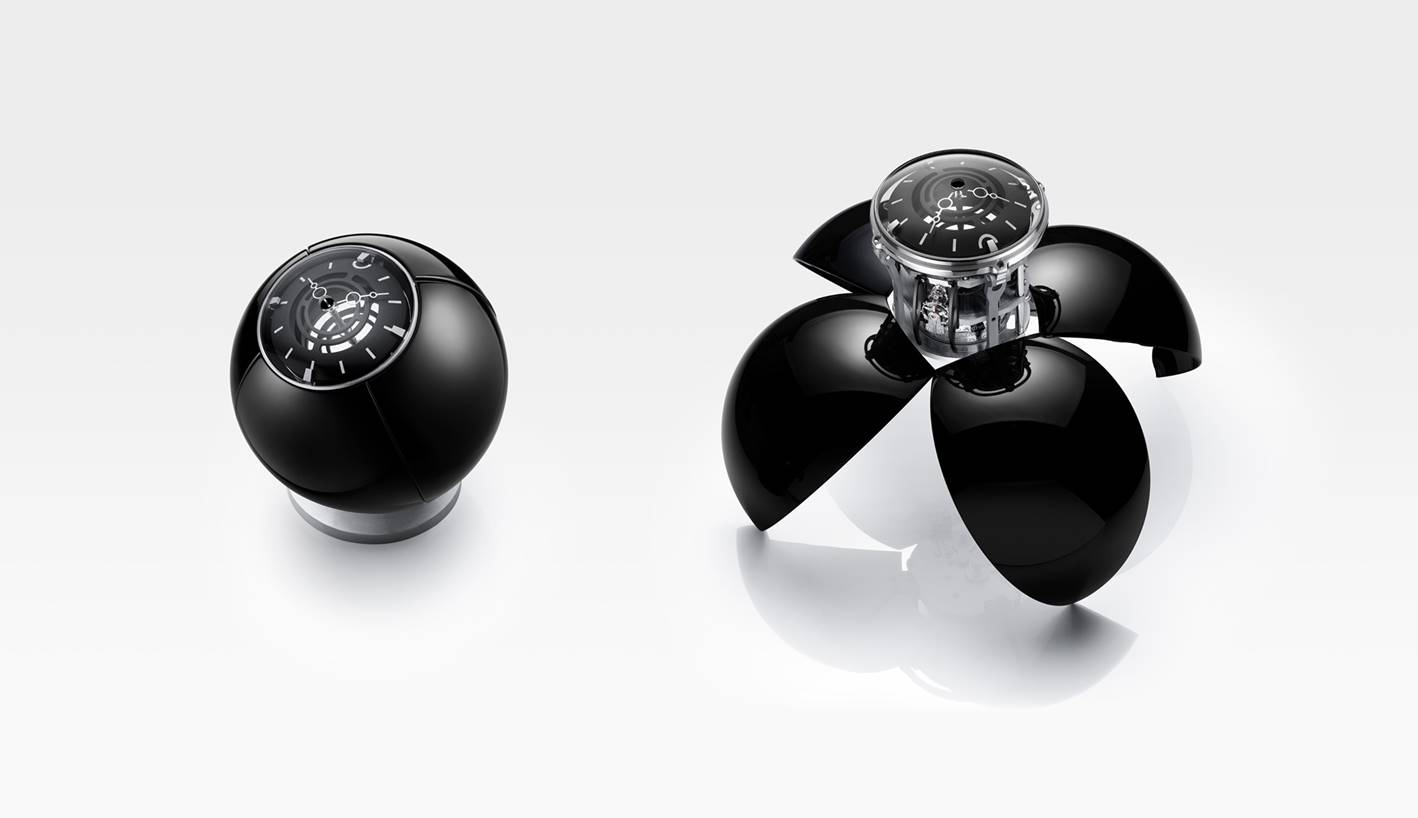