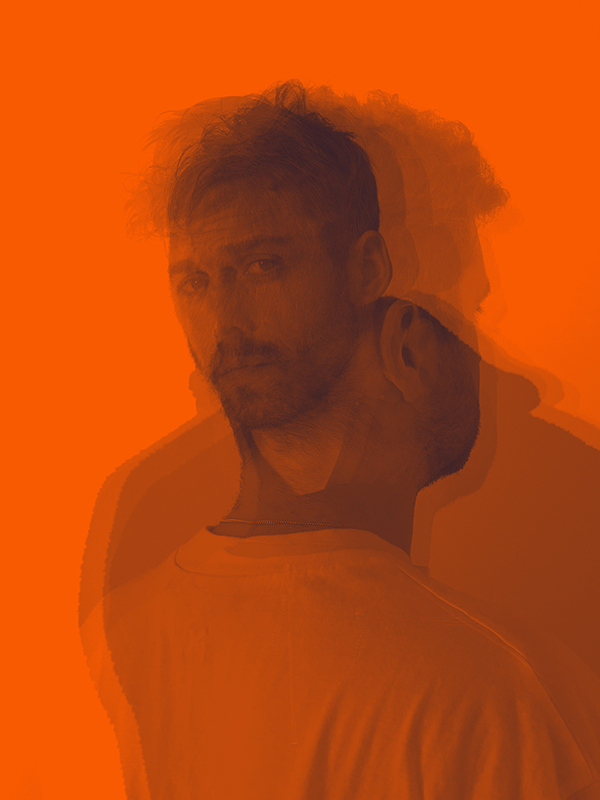 1. Hello Gyus, thank you for your time, please introduce yourself in a few words.

P: My name is Pablo Nouvelle, I am a swiss music producer & artist. I’ld describe my music as organic & electronic and I got a special place in my heart for detuned synthesizers and live recorded pianos.

K: I am Kinnship (after a recent change-over of name) named after my love for community, and I am an English singer/producer/writer/artist. I write songs and clothe them in an electronic, soulful sound.

2. Please give us an update about – the new single „The Wholesomeness Of Waiting, upcoming album

P: Stones & Geysers is a collaboration album between Kinnship and me. Kinnship is a multi-instrumentalist genius with a voice, so honest it cuts through concrete. While he threw loads of ideas at me, I tried to filter the best bits and glue them together whilst working on drums and percussion. Over one and a half years we met in various studios in London and Zurich to create the ten tracks that eventually became our album. The title song is called Stones & Geysers, for which we recently shot a music video together with the British ballet dancer William Moore.

K: I think The Wholesomeness Of Waiting perfectly exemplifies what Pablo is talking about above – the process of writing together was very effortless, and really allowed both of us to meld a variety of ideas together into something cohesive. Pablo took the little musical thoughts I had and made sense of them in a wider context, before I had a chance to overthink what I had created. This allowed me to keep moving on to adding new sounds and layers. My favourite part of the track is just before the chorus where Pablo added in the sound of a piano sustain pedal being pressed.. It sounds really nerdy but it’s so subtle yet so effective. Honestly one of my favourite parts of the album!!

3. Please name 5 things we should all know about you as an artist.

1. One of my all time favorite songs is „Gong“ by Kinnship. After hearing that tune for the first time, being unable to find any infos about the artist, I decided to write him a message through Facebook. To my astonishment he answered, I flew to the UK and we started working together.
2. I believe in rhythm. I like to occupy myself with the relationships and distances between things in space and time. Everything in life is about the right timing, ergo rhythm.

3. The first song I wrote and released was called „You Do Me Wrong“. That was 10 years ago. It features a Marvin Gaye sample and is cut to a Nouvelle Vague film from Jean Luc Goddard. An unbeatable combination.
4. Producing music for me is a synonym of creating a collage. I’m always in search of interesting sound bits, to cut them up and put them together in new, unexpected ways.
5. With out every having met her, last year I released a song together with the african queen Angelique Kidjo called Milambi. Somehow she heard my work in progress instrumental, recorded her vocals, without me even knowing and sent them to me as a surprise.

1. I grew up playing classical music, namely the violin and piano, which I think informs my approach to melodies, harmony and writing in general

2. I like to put limitations on myself when creating, as it often inspires greater creativity – for instance, I tend to use Logic’s stock plugins and software instruments, aside from a few I’ve picked up for free along the way.
3. I never show my face in photos or videos online, partly to distance my personal life from my musical persona, but also because I hope it allows the music to speak for itself.
4. I love to layer harmonies which is aided by the (rarely shared) fact that I have absolute pitch.
5. I never rush a song – if it takes months or years for the idea to form, then so be it. I like to allow the song to naturally form, rather than force it into a timeframe.

P: A friend lately described my all black non-labeled look as a reflection of my personality. Focussed on what matters and determined to pursuit it, with as little distraction as possible. (which unfortunately isn’t true at all if I think about my instagram consumption) I got two pairs of trousers. The one I’m wearing and the one I’m washing.

K: I don’t often buy new clothes, as I like to be as environmentally aware as possible. So I normally thrift or buy from socially conscious brands. So generally understated, with a connection to nature, humanity and community.

5. Please tell us more about the topics/message of your songs.

K: Lifting the words from the title track Stones & Geysers ‘I tend to think about spiritual things in physical ways’ describes much of the lyrical content of my songs, and our collaborative album. There is far more to life than what meets the eye, and I like to explore that through empirical things and day-to-day life experiences.

6. Besides making music, do you have any special talents?

P: I am originally an animation film maker.  My latest short film called In A Nutshell, is a stop motion movie and was longlisted for an oscar.  An attempt to capture the world. From a seed to war, from meat to love, from indifference to apocalypse.

K: Over lockdown I got really into baking sourdough bread. It’s a time consuming process, but I find an opportunity to be creative, and it fuels my love of learning and honing skills too.

P: I probably already felt every existing feel there is, on a stage. From „can please someone dime the lights and get me out of here“ to pure, wild ecstasy. A really, really good gig, triggers a sense of unity. A connection between oneself and the audience, a mutual emotional understanding that goes further than words can describe.

K: Normal and surreal at the same time! I’m very used to being onstage from playing so much music growing up, but every time I’m astonished at the presence of people in front of me who love the music and are there to see me perform!

P: As a kid a was lucky to be able to take jazz piano lessons. From day one I learned to improvise and express my self with an instrument more then just reading and playing notes. After that i became autodidact through a genuine interest in producing and writing music. Up until today it’s all about the fascination of creating something out of nothing.

K: I learnt to play classical violin and piano from an early age, but in terms of writing, I picked up my mum’s guitar at the age of 9 or 10, and I think I naturally gravitated towards writing songs from there. The guitar facilitates writing so wonderfully, and almost begs you to write new things!

9. A question you would like to answer, but you have never been asked before in an interview?

P: Do you think we should preserve biodiversity and agree on reducing CO2 emissions to zero within the next five years on a global level and make it an absolute priority above everything else? Yes, I do.

K: Out of every song you’ve ever written or been involved in, what’s your favourite? It’s probably one I’ve just finished but hasn’t been released yet…