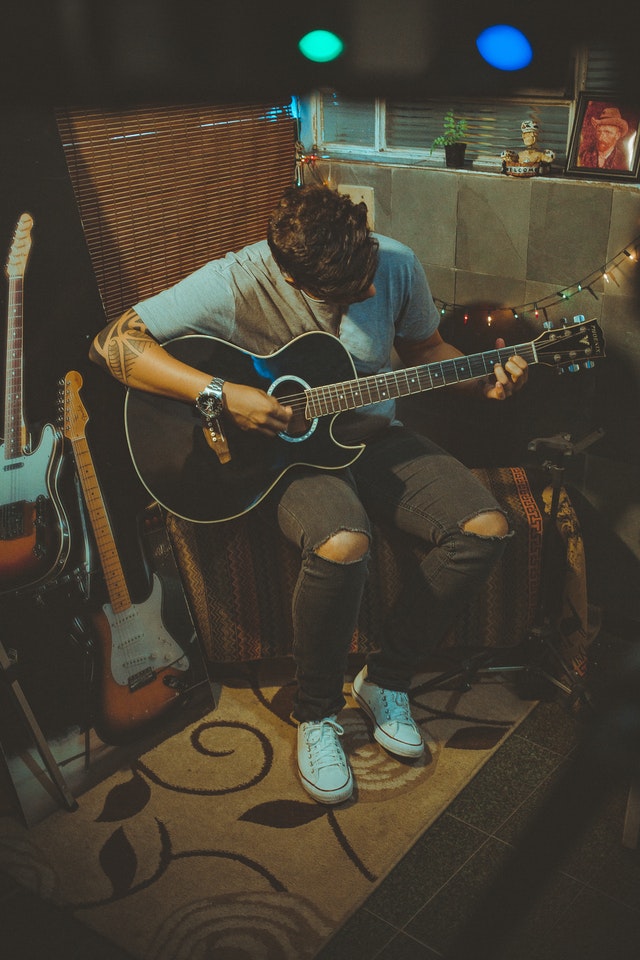 Photo by Lucas Pezeta from Pexels

Having a successful rehearsal is an important part of being a band, whether you’re working on your first single or playing sellout arena tours. However, the reality is, making rehearsals a success is easier said than done. For example, you book a rehearsal space for a couple of hours, but your guitarist gets held up in traffic, one of your cables breaks, and you’re in the same place as you were at the beginning of your time. Although planning the perfect rehearsal is difficult, there are things you can do to minimize the impact of unforeseen circumstances. So, with that in mind, we’ve gathered together some great tactics for making your rehearsal a roaring success.

As a band, you are part of a team that gives equally to the overall success. However, even if you’re all raging democrats, you need to vote for a leader. This person will be responsible for booking rehearsal spaces and communicating plans or changes to the band. When voting in your leader, you should opt for the member who’s the most logistically-minded.

As mentioned earlier, sometimes a series of unfortunate events out of our control takes place that puts a pin in rehearsals. However, there are many delays that we can control, including being punctual. If you know that your rehearsal space is across town and traffic will be backed up, make sure you leave early to account for it.

If you have persistent problems arriving on time, you can take it up with your leader and find a more convenient Dallas rehearsal studio. If you want our suggestion, explore this Dallas rehearsal space by Pirate.com. They have over 50 locations worldwide including in the US. Further, if you can’t get your gear to and from the rehearsal space, you can borrow amps, drums, PA systems, mixers, and mics.

Before you head to the rehearsal, you should decide as a band what your goals will be. That way, you can get stuck in without burning time. This doesn’t mean you can’t have a cheeky casual jam, but you should keep it to set times. After all, mindless jamming isn’t going to perfect the track you’re working hard on.

You need to be prepared for the band rehearsal beyond having all of your gear and being punctual. If you’ve decided that you’re going to work on a particular setlist in the session, you should practice your parts before you get there. After all, you’re not heading to band practice – you’re having a band rehearsal.

When you’re rehearsing, you should leave your friends outside. If your friends don’t contribute to the functionality of the band, they shouldn’t be in the room. If you have your friends there, they won’t be invested in your rehearsal and you might be more likely to have a drink – a big no for rehearsals.

You should demonstrate respect to your bandmates. If you’re sitting there playing about on the drums while someone is trying to make a point, you are just being plain rude. Further, unless having your phone out contributes to the rehearsal, put it away to avoid distractions.

Although you are playing instruments, you don’t need to bring the thunder – save that for the stage. You should use a live console to run instruments through, which will give you tighter control of the volume. If you do this, your neighbors and ears will thank you later.

When you’re on stage, you don’t get to retcon mistakes. Therefore, you should make the most of rehearsals to get it right. Sometimes, this will seem tedious, especially if you’re repeating the same piece over again. After all, it’s better to get it right in rehearsal than to fall apart on stage.

Having a successful band rehearsal follows the same principle as traditional work. If you don’t make time for breaks, your productivity will tank. Therefore, every hour, work in ten minutes to grab refreshments, hit the toilet, and check your messages.

There are only a handful of bands out there that can go through an entire show without interacting with the audience. However, the majority of artists need more than great musical talent to put on a great show. So, when you’re in rehearsals, practice your stage presence and come up with new ways of interacting. Further, if you play regular gigs, you need to mix up your sets and the way you talk to the audience – no one wants to watch a stale performance.

If you’re a touring band with a support slot or place on a festival bill, you need to make sure you can enter and exit the stage quickly. Therefore, you should use your rehearsal time to practice setting up and tearing down your gear. If you have a support crew, call them in to perfect the art. When you set up your equipment, make sure there’s ample space for the band to move around freely.

Practice for the Stage

When you’re rehearsing, you’ll be facing each other for the most part. However, if you’re gearing up to perform, you should rehearse as if you’re playing to a live audience. By doing this, you get to practice stage movement and up your stage presence.

Record, Review, and Plan Ahead

When you’re rehearsing, make sure you record sessions. That way, you can all listen through at the end and review your progress. By reviewing your sessions, you can work out where you need to put in work for the next rehearsal. Before everyone leaves, try and pencil in the next rehearsal date.

Rehearsals are crucial for any band. However, running a successful session can be difficult, especially when unforeseen events come along and stall progress. Therefore, you should follow the tactics above to get the most out of your rehearsal time.