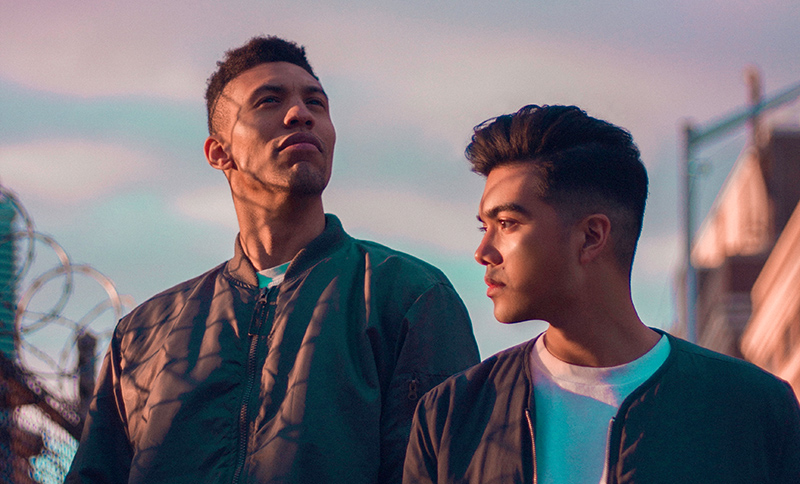 Equal parts nostalgic throwback and futuristic daydreaming, Tropic are fast becoming an unstoppable force in 2020. Their signature sound has captured the attention of critics and fans alike. Their self-released debut EP, Bittersweet, has racked up more than 100,000 streams across all music platforms, and their popular single „Alive“ was added to Spotify’s New Music Friday editorial playlists in 9 countries and earned a spot on 3 Spotify editorial playlists, amassing more than 500,000 streams since its release. Their single, a heartfelt tribute to the Mariah classic „Always Be My Baby“, was put on Spotify’s New Music Friday and was also added to Spotify’s Pride-centric playlist “Bahaghari”. And recent singles „Secret“ and „Paradise“ have both racked up 100,000 Spotify streams in just a few months.

Speaking on “Down”, Tropic explained:

„‘Down’ is a coming of age story, written from the perspective of someone forced to grow up too soon. The transition of summer to fall always leaves us with a lingering melancholy, and with ‘Down’ we mirror the changing of seasons with a song that laments the memories and people we try so hard to leave behind but can’t seem to let go of.“