Photo by Vinícius Estevão from Pexels

Beards have been in trend ever since the beginning of days and have always been an integral part of a man’s life. But before going on to history, we need first to understand what beards are? A beard is a collection of hair that grows on the chin, cheeks, and upper lips. In men, the facial hair develops when they hit puberty. However, some women also grow beards because of hirsutism, in which they establish excessive hair, which ultimately leads them to have facial hairs.

However, the epic history and legend of the beards date back a long way. In prehistoric times, scientists believed that a man tends to grow a beard because of main reasons- for warmth, as the beards protect the face. Secondly, prehistoric men used to maintain a beard to protect themselves.

In historical times, men used to wear their facial hair as a sign of threatening. Their beards resemble much like a mane of a majestic lion, which appears to be thicker and more robust. Also, the beards of prehistoric man were a symbol of honor. Beards were cut as a punishment for those who were not thought worthy of maintaining them. Only those men who were designated and behaved with integrity were allowed to keep their beards.

Along with this, in many cultures‘ beards hold significant importance. And above all, these facial hairs have been a symbol of masculinity. Let us discuss the evolution of beards from ancient times till now.

Many historians believed that beards were grown by prehistoric men at the beginning stages of evolution to keep themselves warm during winters and protect their face from sand, storm, and insects.
At that time, there was high competition for food, shelter, and other things for survival, and for that, a man was ready to sacrifice anything. However, a beard protected them against enemies because it highlights the jaw, making them appear more substantial. Also, talking practically, there were no mirrors at that time, so that the man could see himself.

Beards Throughout the History:

In the ancient world, men’s worn facial hair to keep themselves protected against weather and enemies. Beards became more prevalent in ancient Greek, as the Greeks saw the beards as a symbol of masculinity and wisdom. The only time when beards were shaved off was as a sign of mourning or as punishment. Although, some men saw them as adverse during battles. The Great, including Alexander, ordered his soldiers to shave their faces clean before fighting with the Persian Emperor over Asia’s control in 331 BC.

However, there are allegations that Alexander ordered so to protect beard bullying in battle, but the real reason behind this is that he wanted his soldier to look like him. Alexander himself kept his face clean and compared his look with Heracles, youthful in the paintings and sculptures. 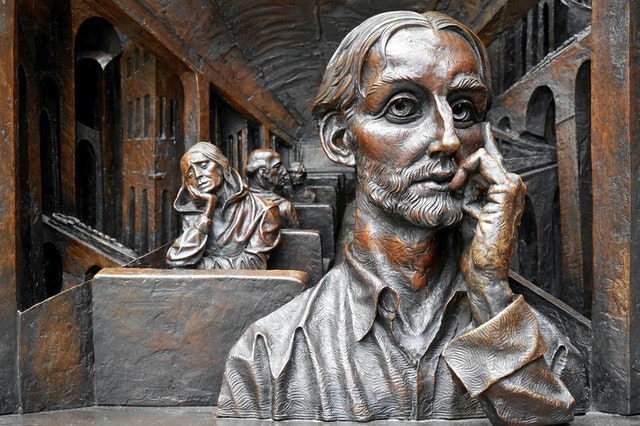 Photo by Mike from Pexels

After the decline of Rome, a majority of men wore beards till the 7th century. When Christianity spread all over Europe, the priesthood had to shave off their beards. The English Princess grew mustaches till the 11th century when William, the first man, was the one who must have been cleanly shaved to fit in the Norman fashion.

Once the expedition began, men started growing their facial hair as they wanted to grow. During the 1600s, a painter Sir Anthony Vandyke painted a nobleman with pointed beards, giving rise to the Vandyke Beard.

In the 18th century, most men were clean-shaven as beards for only those who were rough. But facial hair again came back by the mid of 1800 when full beards were in a rage. With the popularity of Abraham Lincoln, facial coats in America were worn by upperclassmen.
In Britain, the beards returned due to the Crimean war between 1854 -56. The lack of shaving cream and cold make beards popular.

However, beards were not famous at the beginning of the 20th century, but some prominent men like Sigmund Freud, Albert Einstein, and Marcel Proust wore long beard styles or even mustaches. By the year 1920, most men in the United States kept a clean-shaven look except for the handlebar mustache.

Even the mustache’s popularity began to decline. Mainly during the second world war because it could prevent gas masks to fit tightly to the face. However, beards were grown once again as they were anti-establishments. While some men were clean-shaven but some writers and musicians grow out their beards.

At the end of the 1970s, mustaches stayed in trend, but beards didn’t. And till the late 80s and throughout the 1990s, beards again became popular, particularly the goatee.

Photo by Vitória Santos from Pexels

Beards and Religion:
Throughout history, religion also plays a vital role in keeping a beard because of their faith. The three major religions Islam, Christianity, and Judaism, have laws regarding facial hairs.

The Jewish law, as written in the Talmud, restricts a man from shaving their facial hair. Also, there are some specific ways mentioned to take care of beards. In Leviticus 19:27, men were not to spoil the corners of thy beard, which clarify as not shaving with a razor-blade. While Jews do not shave their beards with razors; instead, they use scissors or electric trimmers.

For many Christian men growing a beard is a personal choice even among the priesthood. During the 6th century, the western catholic church required the priest to stop allowing their beards and freely grow their facial hair. A protestant man chooses to wear a beard to show that they are married. Usually, Amish men wear beards to display that they are married, but these men do not grow mustaches.

Religious Muslims also carry a beard in devotion to their religion. For some men having a beard is a way to express their faith and dedication to their god. Generally, Muslim people let their beards grow but trim their mustaches. However, a beard is always a disputed topic as some people believe that the Quran requires growing a beard while others think it is unnecessary. Many Islamic people were clean-shaven and had trimmed beards until the Islamic Revolution in the 1970s. 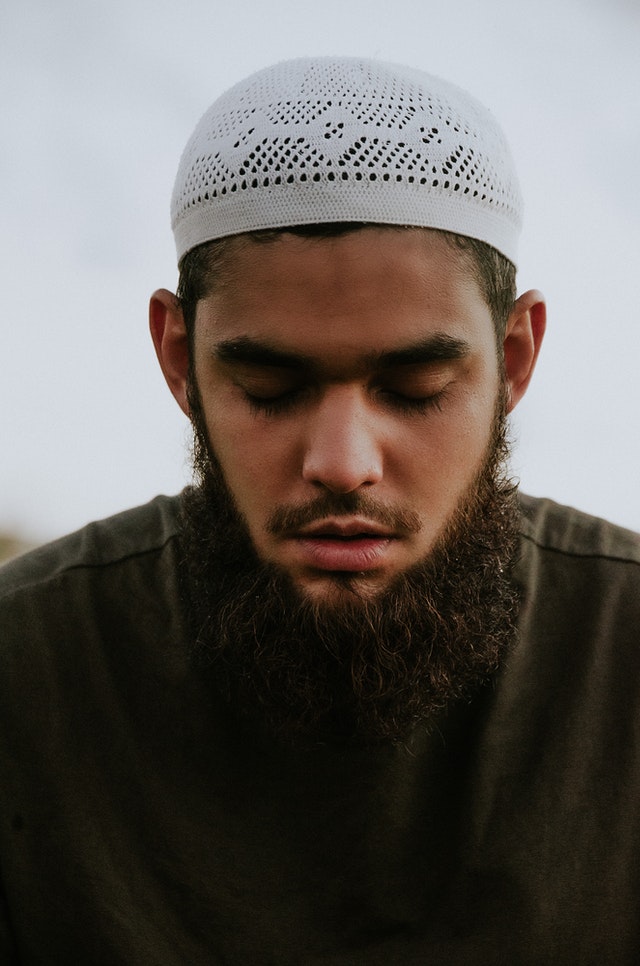 Photo by Hebert Santos from Pexels

Beard as a Fashion:
In today’s century, beards have become a fashions statement for every other man. Today, men grow facial hair to maintain their social status or appear more masculine, sometimes even to impress women. Trying various beard styles that come into existence is very common in young men. However, every man who wants to have a great beard must remember that trimming and caring for a beard is crucial. Various beard care products are available, such as beard shampoo, beard conditioner, beard balm, and wax. Growing a good beard is a dream of every man, but they also need to remember to maintain it.