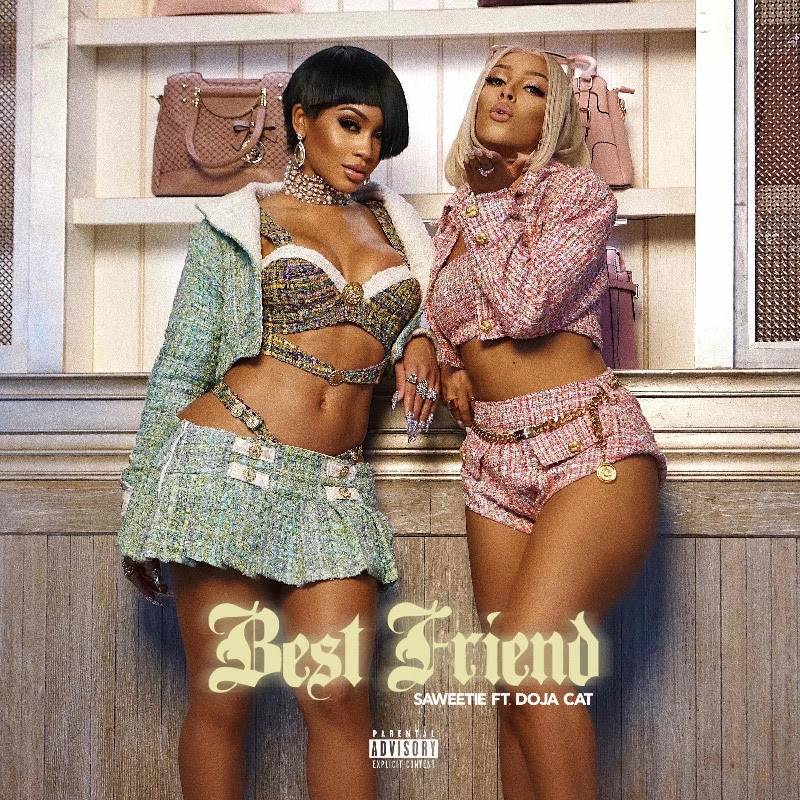 The multi-platinum artist and global trendsetter Saweetie returns with her club-ready banger ‘Best Friend’, featuring the Grammy-nominated Doja Cat. An empowering anthem, ‘Best Friend’ is primed for the wildest girls’ night out (or in). The chemistry and confidence of these two rising superstars pumping each other up is undeniable, making for a perfect prelude to Saweetie’s forthcoming debut album ‘Pretty B*tch Music’ which will be released on ICY / Warner Records.

Over slapping drums, Saweetie and Doja Cat trade bars that celebrate the other’s success, beauty and independence. Saweetie spits clever lines throughout, including the catchy hook: “That’s my best friend, she a real bad b*tch / Drive her own car, she don’t need no Lyft.” Doja Cat matches her with equally sharp rhymes: “If she ride for me, she don’t need a key.”

‘Best Friend’ continues Saweetie’s streak of anthemic collaborations and social domination. Over the summer, she dropped the thundering ‘Tap In’ remix with DaBaby, Post Malone and Jack Harlow, accompanied by an animated music video, which hit the UK Official Charts Top 40. Most recent was her Billboard-charting, Jhené Aiko-assisted single ‘Back to the Streets’. Saweetie is one of the most viral artists on social media and is also one of TikTok’s top artists with 12.5 million original videos featuring her music—a distinction backed by half-a-billion YouTube views and over 2 billion cumulative streams to date. More than a commercial star, she’s earned the praise of from key media and tastemakers in both the US and UK for her top-tier rhymes and irrepressible charisma.