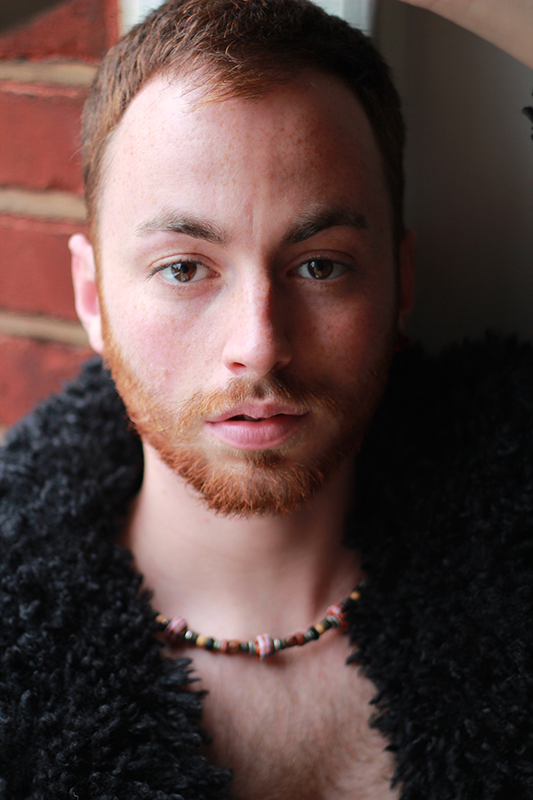 With great focus on the LGBT community the half Welsh, half Italian fiery singer songwriter, Regulus Red, aka Simon Grancagnolo is here to spread the dirty word POP with his debut Electronic synth pop single ‘Ghoster’, and he’s proud of it.

The single, written by Regulus himself and produced by Sam Roberts at The Recording Studio London is about the people who are scared of emotions, hiding in the virtual world and the aftermath of the ghosting experience. The anger it brings within me. It showcases a retro looking lyric video directed by Patrick Mason (director of James Arthur – Falling Like The Stars) which is based on the arcade videogames from our past. Watch out for the weird yellow planet at some point!

The extravagant young artist, once identified as a reckless daydreamer, writes music from his own perspective and channels it through his musical inspirations such as Lorde, Mika, P!nk, Troye Sivan, Madonna and of course Lady Gaga. Artists that are not afraid to be themselves and write music true to them and their experiences.  With the LGBT right by his side and with Edith Piaf in mind he embodies equal measures of femininity and masculinity, and knows that we should all have self worth, as we’re certainly all equal in every way.

Like a lot of artists, he waited tables in the daytime in Barcelona, Spain and would write lyrics at night. Biking to solitary rocky spots on the beach and gazing at the dark blue horizon one song led to another until he realized that what we had was more than just a lonely hobby: he would close his eyes and picture melodies and lyrics making love at once right in front of him. After two years of honing his skills, he has now written more than 45 complete songs.

Before music, Red trained as an actor appearing in many plays before finding more ways to express himself and going on to train as a dancer for many years and more specifically in ballet when he lived in Rome and Paris.

He likes adrenaline sports such as skydiving, bungee jumping and rock climbing.

He once also trained as a pole dancer