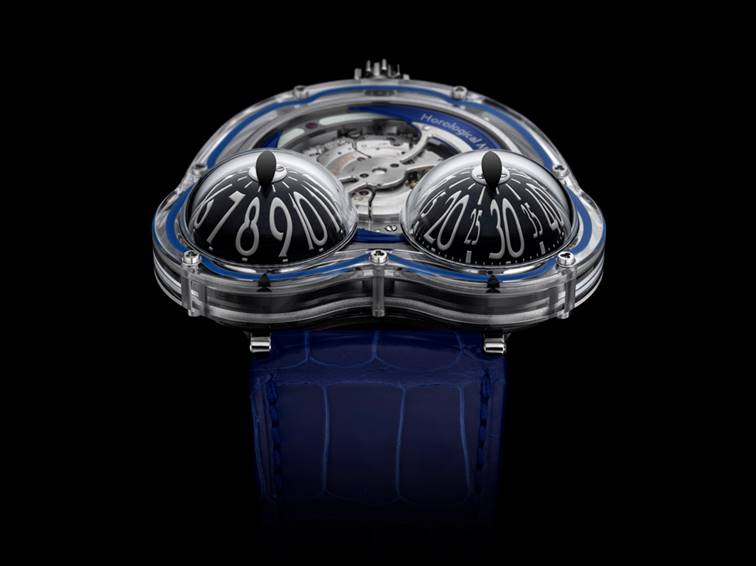 In no particular order (and of debatable importance), Apple unveiled the iPad and Instagram launched. On the disaster side, the Deepwater Horizon oil platform exploded in the Gulf of Mexico, terrible earthquakes hit Haiti and Chile, and an Icelandic volcano with an impossible name caused air traffic chaos.

On a higher note, the Burj Khalifa tower opened in Dubai. Vancouver hosted the Winter Olympics and the World Cup took place in South Africa.

And a bit of hope from the past for us today: the WHO declared the end of the H1N1 influenza pandemic.

At a much more modest level, a small horological startup called MB&F presented the HM3 Frog, derived from its HM3 series launched a year earlier. “The Frog” shocked the watchmaking world by pushing the limits of three-dimensional horology and would rapidly become one of our most recognised and well-liked Machines. 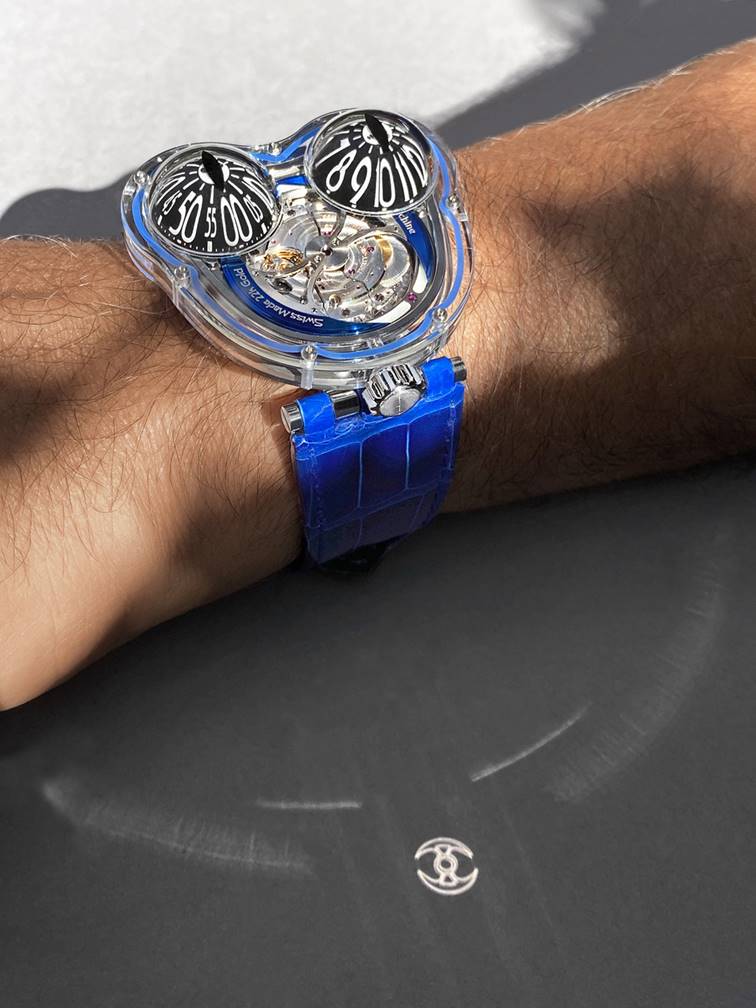 Inside the transparent case, the HM3 engine conceived for MB&F by Jean-Marc Wiederrecht, built on a Girard-Perregaux base. Unmistakable thanks to its upside-down construction showcasing the oversized winding rotor, spinning rapidly under the Frog’s eyes: the revolving hour and minute domes.

What’s a birthday without a surprise? The sapphire crystal case may be totally transparent, but the winding crown of FrogX hides a message… When it receives just the right amount of light, at just the right angle, it reflects a secret signature dear to our heart: the MB&F battle-axe.

HM3 FrogX is crafted in three limited editions of 10 pieces each, with matching rotor, gasket and Super-LumiNova in Purple, Blue or Turquoise. 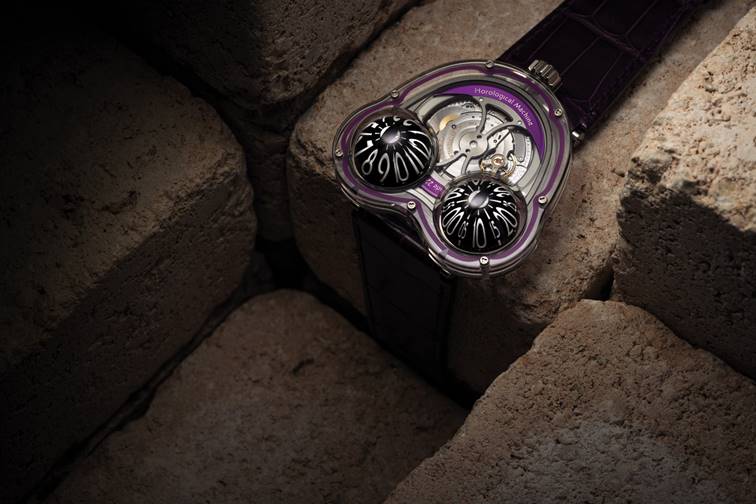 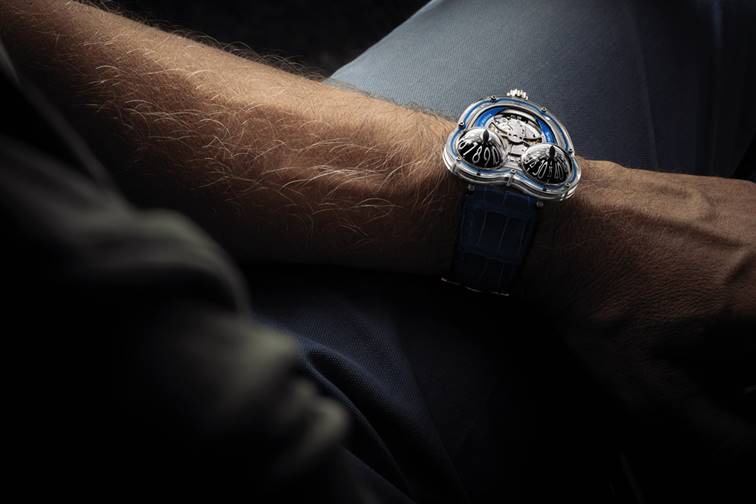 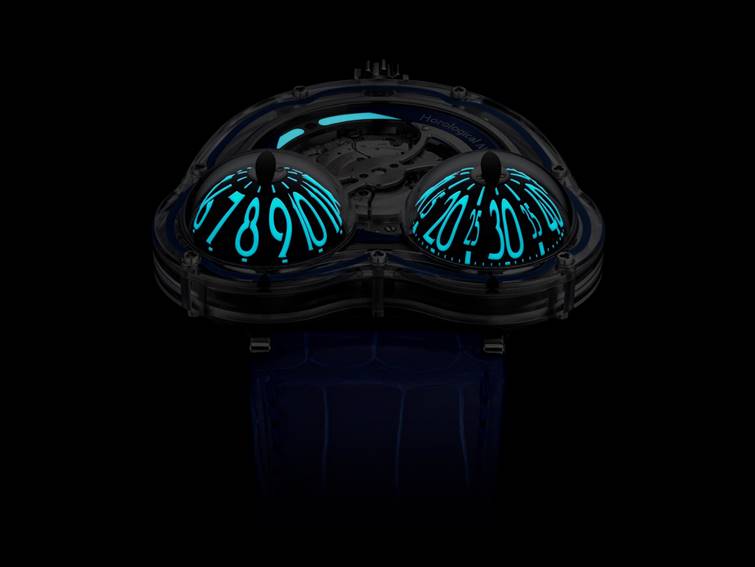 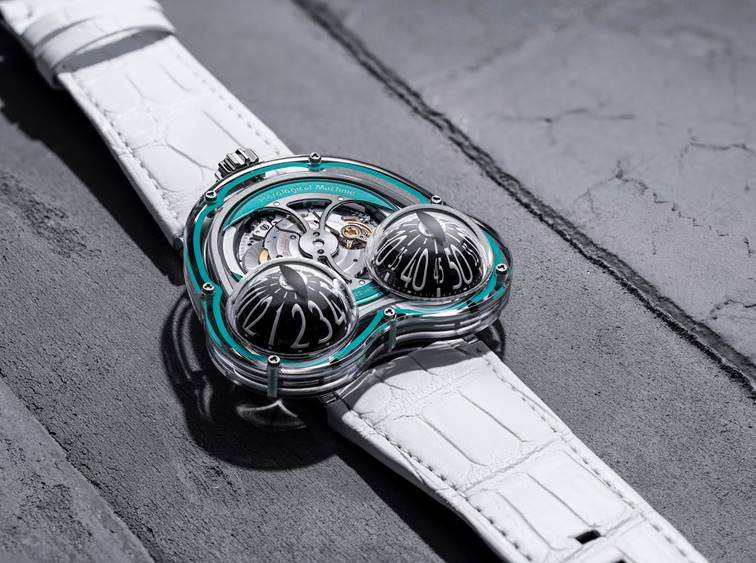