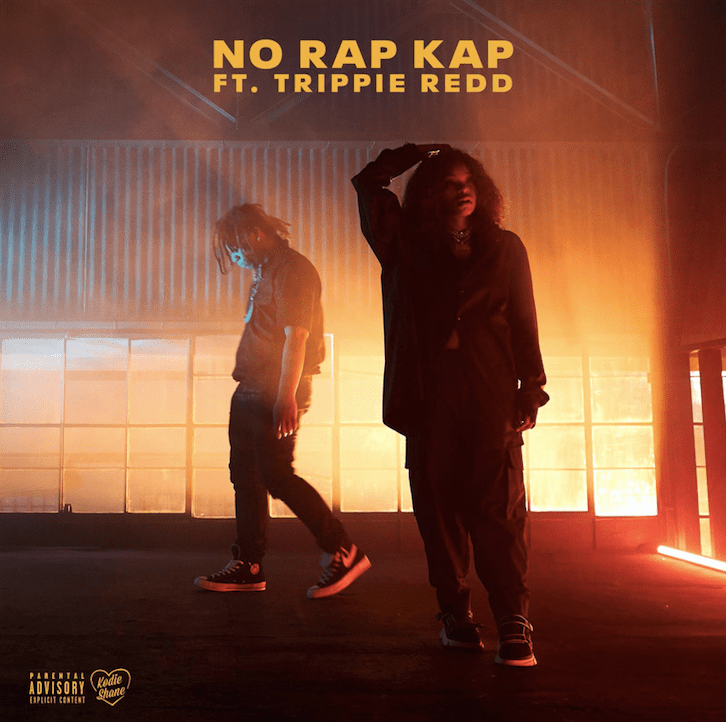 The critically adored, dynamic ATL rapper/singer and songwriter Kodie Shane has released her new track ‘NO RAP KAP’ ft Trippie Redd. The track will serve as the first release from Kodie’s forthcoming EP, BLOOMING VOL 1, which will be released later this year.

On January 22nd, Kodie will be joining Trippie Redd on his “Love Me More” Tour – the 40-city tour already has a handful of sold out dates. Trippie Redd is best known for his songs „Love Scars“, „Poles1469“, featuring 6ix9ine, and „Dark Knight Dummo“, featuring Travis Scott, with the former two songs both certified gold by the RIAA, and the latter peaking at number 72 on the Billboard Hot 100 as well as receiving platinum certification by the RIAA. In July 2018, White announced his debut album would be titled Life’s a Trip. The album was released August 10, 2018,[7][8] and debuted at number four on the US Billboard 200 Album Chart selling 72,000 album-equivalent units.[9] On August 9, 2019, he released his second album, !. White achieved his first ever US number-one album on the Billboard 200 with the release of A Love Letter to You 4, on November 22, 2019 – marking his most successful project to date, accumulating 125.9 million on-demand audio streams in its first week.

Releasing her debut studio album ‘Young Heartthrob’ towards the end of 2018, Kodie received acclaim across the board. Pitchfork exclaimed that “her animated personality shines” on single “Sing to Her,” while The Faderpraised the song by stating “The mischievous edge that lives in Kodie Shane’s flow effectively bumps the sensual factor of ‘Sing To Her’ up a thousand notches, and I can’t get enough!”  Highsnobiety noted that with the album, “Kodie is poised for a breakout 2018” while Paper Magazine called her “convention-shattering.” Complex summed it up best, stating “Kodie is one of Atlanta’s finest out right now.”.  She spent much of 2018 and 2019 touring the US and Europe with a number of sold-out dates.

One of Atlanta’s freshest and fiercest voices, Kodie Shane has quickly become a unanimous fan and critical favourite. She offers a fresh take on Hip Hop and Pop, with tightly-wound rhymes, clever lyrics and ear-worm melodies over buoyant, genre-blurring beats that have become her calling card. Across 2016 and 2017, she made a name for herself by serving up a series of hits and critically adored projects. 2016’s debut EP Zero Gravity includes the fan-favorite “Sad” [feat. Lil Yachty], which generated millions of Spotify streams, followed by the runaway success of “Drip On My Walk.” Shane spent 2017 creating even more music, with the ten-track Big Trouble Little Jupiter mixtape and seven-track Back From The Future EP.

Across her releases, the artist has garnered praise from The Fader, Pitchfork, Complex, Noisey, Vogue, Pigeons and Planes, Paper, Nylon, W Magazine, Interview Magazine, Mass Appeal and more, with Billboard recently calling her one of 2018’s biggest Pop Stars to watch and she recently covered Teen Vogue’s coveted 21 Under 21 Most Influential issue and Galore’s Music issue. The budding star has also drawn rave reviews on the stage, having spent much of the past few years on the road, headlining shows around the world as well as opening for the likes of Lil Yachty, Lil Uzi Vert, The Internet, Jhené Aiko, Snakehips, Billie Eilish and more.  With her debut album ‚Young HeartThrob‘ and now the release of ’NO RAP KAP‘, Kodie Shane remains one of the most exciting new artists to watch out for.