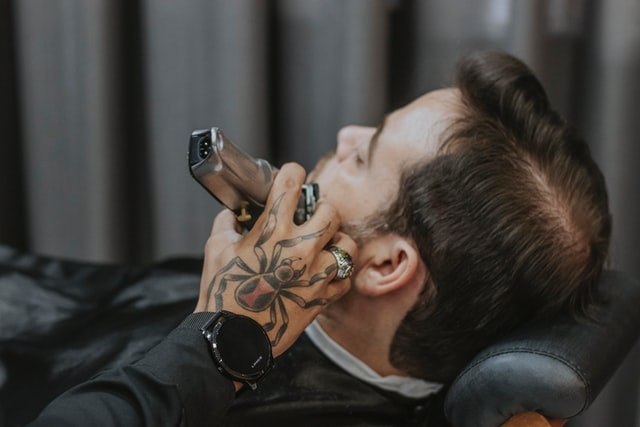 Photo by Carlos Magno on Unsplash

Shaving is an important part of hygiene for people of genders and sexes. Not only does it keep you smooth and soft, but it also prevents the accumulation of dirt in the hair.

But while it may be simple for everyone else, for gay men, shaving body hair has been a topic of hot debate for a long time.

On one side of the situation, some people think shaving is essential and cannot go even a day without shaving, whereas on the other hand, others believe that isn’t important and it’s better to go the au naturale way.

So what’s the verdict, then?

In this article, we’re going to settle that debate and tell you what we think about the situation (and maybe give you a few tips in the process)

Gay Men and Shaving: What We Think

Before we move on further, we have to say that at the end of the day, everything depends on your personal preference. There is no hard and fast rule about shaving and body hair, and it is entirely dependent on what you like and what your partner likes.

There is also the factor of style and what is trending right now. Rewind to a few years ago and you’ll probably notice that being clean-shaven was the textbook style for gay men all over the world. However, over time, styles and trends have changed.

However, we believe that shaving can get rid of a lot of pesky problems and make things much more manageable for gay men. Even if you’re not „clean-shaved“ everywhere, keeping yourself moderately shaved and trimmed can lower problems like body odor, chafing, itchiness, and more enormously.

Here are some of the benefits to shaving for gay men (according to us, of course)

Lowered Body Odor – Thick body hair is one of the most common proponents of body odor. Firstly, it provides bacteria extra surface area for them to cling to, and secondly, it absorbs the foul odor as well, allowing the smell to spread and stick around for much longer. When you have little or no body hair, these problems are pretty much non-existent.

Fewer Chances of Rashes and Itchiness – During the hot summer months, heavy body hair can lead to increased chances of rashes and itchiness. The strands of hair can serve as irritants to already sensitive skin and propound the problem.

Gets Rid of Dead Skin – Shaving can also get rid of dead skin, which tends to give you a dull and ashy appearance. Shaving can make your body look smoother and reduce the possibility of pimples, acne, whiteheads, and more if done properly.

Majorly Prefered By Gay Men – Although preference is something that cannot be generalized, several surveys and consensus have found that gay men tend to go for clean-shaven men more.

How To Shave Well

Now, if you agree with us, here are some tips for shaving your body, for men.

Since men tend to have more hair than women, shaving can be a tricky deal and if not done right, it can lead to rashes, ingrown hair, and even infections.