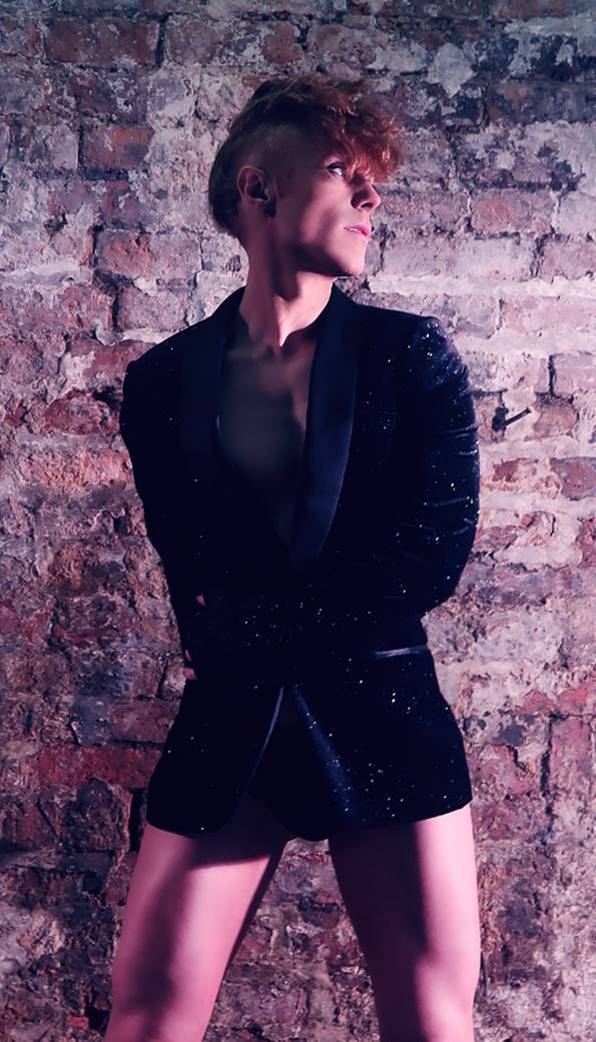 His bold new image – an enticing amalgamation of muscles, stilettos, lace and skin that celebrates his fluidity, sexuality and defiance – is a telling statement of the difficult journey he’s been on to get here.

Bentley has enjoyed a considerable amount of success in Japan, which is why last year he turned his entire life upside down and moved to Tokyo. At first he flourished; performing on the prestigious TV show “Nodojiman THE WORLD!” to 12.1 million viewers and headlining the Tokyo Bon Summer Festival.

However, the company promising to sponsor his visa – as well as provide promotion and touring for a new album – suddenly about-turned and began pulling their support from a contract they had been negotiating for months. As Bentley explains in a video blog, the company said he was “too controversial” and became “worried about what people will think”.

Ben made the heart-breaking decision to walk away from the contract and return home to the UK. “After working so hard and risking everything, it was soul-destroying,” Ben expresses. “But this album and these songs are fundamental to who I am and what I stand for. It feels amazing to finally start releasing them exactly the way I intended.”

Last month Ben helped raise over $14,000 for community aid performing at Pride Collective – a virtual festival formed by several US Prides. Miami Beach Pride were so impressed they selected Bentley to represent them at Global Pride on June 27th where he will make the first ever live performance of “Girl” alongside such legends as Adam Lambert, Kesha, Todrick Hall and more.